Vučić: Vaccination is of key importance, the first doses in Serbia in two-three days

The President of Serbia, Aleksandar Vučić, is attending the opening of a new COVID hospital in Kruševac. 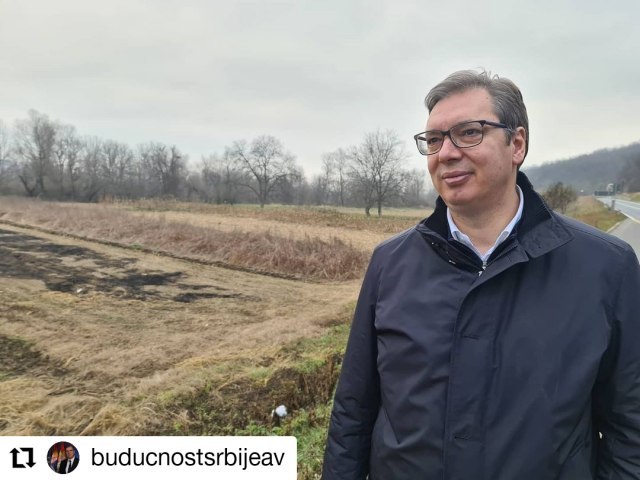 The hospital was built in four months, and the first patients will be admitted on Monday.

Upon arrival in front of the hospital, Vučić thanked all the workers who tried to build the hospital as soon as possible.

He especially thanked the medical and support staff who will work at the new hospital.

The President of Serbia emphasized the importance of the hospital in Krusevac, not only during the fight against the pandemic, but also later. Vučić said that he would do his best to get the vaccine to Serbia and that the EU would not prevent that, as it was written. "Vaccination is of key importance, they say that it is a matter of comfort, but it is a matter of our lives. I believe that we will receive the first Pfizer vaccines in the next two or three days," Vucic said.

He stated that the Chinese vaccine is expected soon, and then the American "Moderna".

"As our possibilities are, we will procure everything," says the President of Serbia.

As he emphasized, the hospital was completed at the right moment and will relieve the current capacities, and added that the hospital is well equipped. "I believe that we will soon get out of this difficult situation and that we will be stronger than we have ever been," Vucic underlined. He pointed out that, despite the pandemic, we are renovating hospitals and we take care of the success of the Serbian economy. Vučić said that there are big crowds at the border, but that out of 225.000 people who entered Serbia, about 120.000 are in transit.

He once again asked everyone to be responsible and said that special attention should be paid to the elderly because they are the biggest victims after all.

On the eve of his arrival to Krusevac, the president announced himself on the Instagram profile "buducnostsrbijeav".

"Today is a great day for our country because after only four months of construction, we are opening another large COVID hospital. Proud of our workers, doctors, medical staff, the strength of our country. Long live Serbia!"