Media: Decision on schools and kindergartens to be reached soon?

The Government adopted new measures proposed by the Crisis Staff, but hundreds of thousands of parents don't know what will happen to schools and kindergartens. 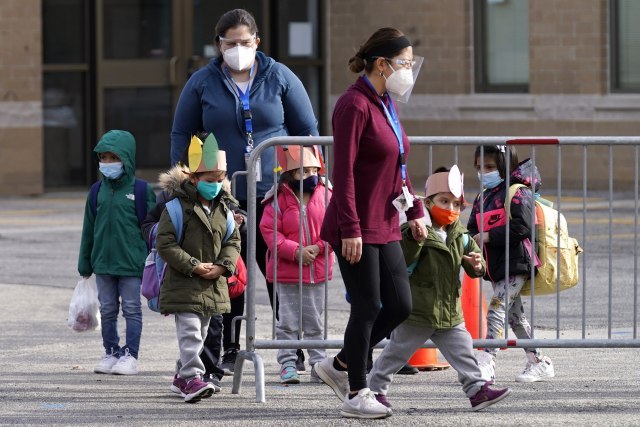 Along with the fact that working hours of cafes, restaurants, clubs and bookmakers have been shortened to 6 pm until Tuesday, the number of passengers in public city transport will be limited, and all those who can be sent to work from home will do so.

Yesterday, some of the new measures brought by the Crisis Staff in combating COVID-19 and the Government of Serbia were disclosed, but not the ones that hundreds of thousands of parents are most interested in, and they are related to the work of schools and kindergartens, Blic writes.

Dr Predrag Kon proposed a temporary transition to online classes about ten days ago, but then he did not find full support even among colleagues from the medical part of the Crisis Staff. However, after a few days with over 6.000 infected in 24 hours, many changed their minds.

Some local governments have already used insufficiently clear legal regulations, and after declaring a state of emergency, they decided to close schools until further notice, and send students to online classes. Such was the case with Vrbas, Paracin, Temerin, Bujanovac, but also some educational institutions in Nis.

The Ministry of Education, Science and Technological Development, for the time being, avoids making a decision at the state level, citing statistics that show that there has been no major infection of students and teachers in schools, but it still seems a matter of days when students will temporarily switch to attending classes from home.

The current system, which leaves the decision to local governments, is possible in smaller communities, but difficult to implement in large ones, such as Belgrade, which has 17 urban and suburban municipalities, and where the decision must be made globally, for almost 300 educational institutions.

Parents of the youngest, those who attend preschool institutions, are also highly concerned. Namely, some cities, in order to relieve the kindergartens in which there is a considerable number of primarily infected educators, have decided that only children whose parents are obliged to be at their jobs can take care of them.

Thus, from Tuesday, a large number of employees will switch to work from home, and an increasing number of municipalities and cities will insist on the parents bringing confirmation that they must go to work and that they cannot work from home. Otherwise, they will not accept children.

As Blic unofficially finds out, the decision on schools and kindergartens could be made in the next few days.