Crisis Staff is over; "It's not alarming anymore, it's catastrophic"

The session of the Crisis Staff is over, but without statements for the media. Crisis Staff member Dr Kon said the situation was catastrophic. 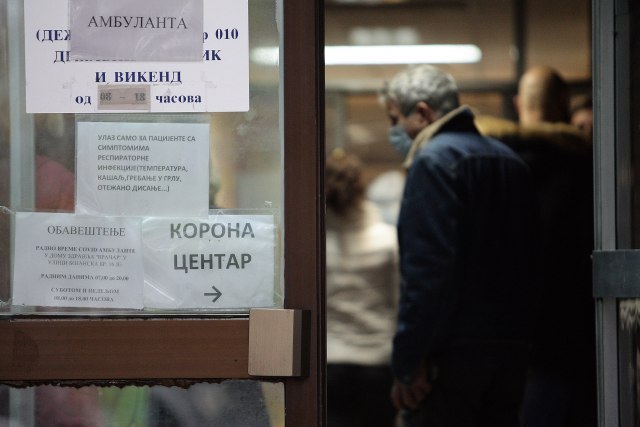 Yesterday, the largest number of infected people since the beginning of the pandemic was recorded in Serbia - 6,109, and 29 people died. There are 186 patients on respirators, the Ministry of Health announced.

A session of the Crisis Staff started at the Palace of Serbia today, a little after nine o'clock, but there were no statements for the media after that, although it was expected. Thus, it will not be known until 3 pm whether and which new measures have been adopted or tightened.

"The medical part of the Crisis Staff remained in session. The final decision will be announced at 3 pm," said Serbian Prime Minister Ana Brnabic, who attended the staff meeting.

As of Tuesday, the measures that limited the work of catering facilities, shops, shopping centers, from 9 pm to 5 am, came into force, and night transportation in Belgrade was abolished.

Experts say that the effects of these measures will be visible only in ten days, provided that everyone adheres to them strictly, in addition to all previously adopted ones.

However, the situation is deteriorating day by day and almost all hospital capacities are filled, and the most difficult is in Belgrade, where COVID patients started to be transported all the way to Paracin on Thursday.

According to media reports, there are three novel restrictions under consideration.

"The medical part of the Crisis Staff has remained at the meeting to consider introducing new stricter measures. The final decision will be announced at 3 pm," the Prime Minister of Serbia said.