"Serbia must defeat organized crime and the mafia" VIDEO / PHOTO

Members of the Ministry of the Interior vouch for the safety and security of the citizens of Serbia, President Aleksandar Vučić stated. 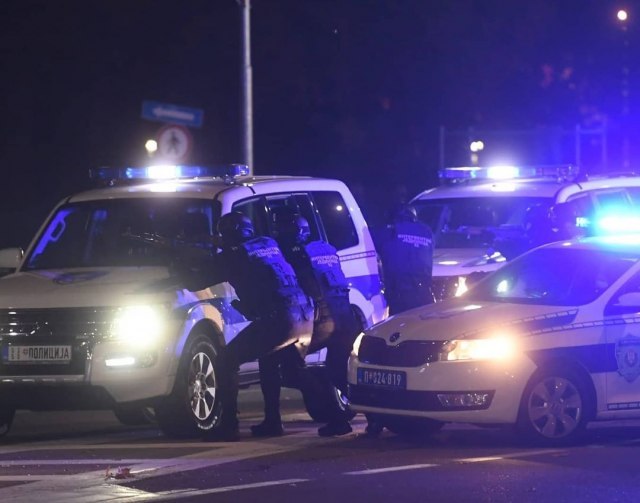 He stated this after the anti-terrorist tactical-demonstration exercise of the Ministry of the Interior "Hoop 2020".

"We expect results from them in the coming days and weeks ahead. Not only in Belgrade, but the whole of Serbia must be safe, secure and we should inflict the final blow to the crime and the mafia," Vucic said.

He congratulated the members of the Ministry of the Interior on everything they presented, which, as he said, are significant things.

He especially noticed the X 145 helicopters, which, he says, showed that they can act within a space that is not prepared in advance for landing, at night.

"As low as they flew, I was afraid that they would be able to land next to the flagpole... and they showed how they can track cars," Vučić said, adding that all members of the Ministry of Interior showed that they are well prepared and fully trained.

The aim of the exercise was to show that members of the Ministry of the Interior are highly trained to defeat terrorists and protect citizens by urgent intervention without delay, with the use of high-level ballistic protection equipment and modern technical devices.