The Serbian Orthodox Church issued a statement stating that the condition of Serbian Patriarch Irinej has worsened. 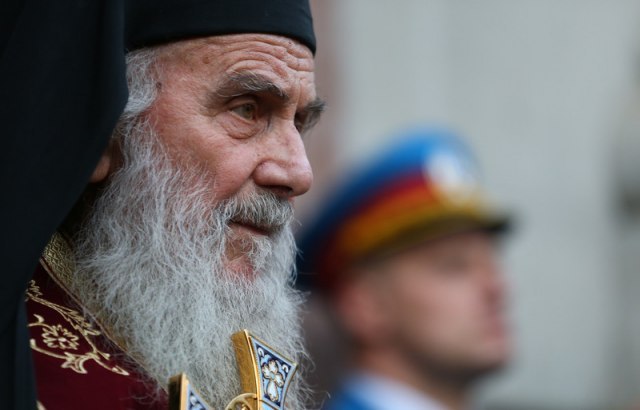 The Serbian Orthodox Church announced on its website this morning that the condition of the Serbian Orthodox Church patriarch has worsened, due to the coronavirus infection, and that he has been in the Karaburma Military Hospital since the moment when the presence of COVID-19 was established. Apart from Serbian doctors, Russian medical experts also take care of his health, as it was published on the SPC website.

A few hours later, some media reported that the Patriarch had passed away, and then the news was withdrawn.

So far, there has been several information related to the Patriarch's health condition, one of them was that his condition had worsened, and then, let us remind you, the doctor's council concluded on Tuesday, after reviewing the general condition of the treatment so far, that the measures now implemented have led to the stabilization of chronic heart failure.

However, the situation changed and the Patriarch's blood oxygen level dropped last night, and his condition worsened.

The Serbian patriarch is 90 years old, and as TV Prva has learned, the problems they now have are related exclusively to the presence of the coronavirus.

"As regards the disinformation on alleged decease of His Holiness Serbian Patriarch Irinej, hereby we would like to inform the public that according to the official report of the team of medical experts which takes care of the health of the Primate of our Church – his health condition is unchanged compared to the contents of the Press Release we have issued this morning.

It is highly irresponsible and immoral to post such fake news and intentionally mislead and disturb the entire public, whoever may have spread such news – some church members or some media which have been relatively credible sources of information up to now.