Epidemiologist Predrag Kon spoke tonight about the measure proposed by the medical part of the Crisis Staff in order to further prevent the spread of COVID-19. 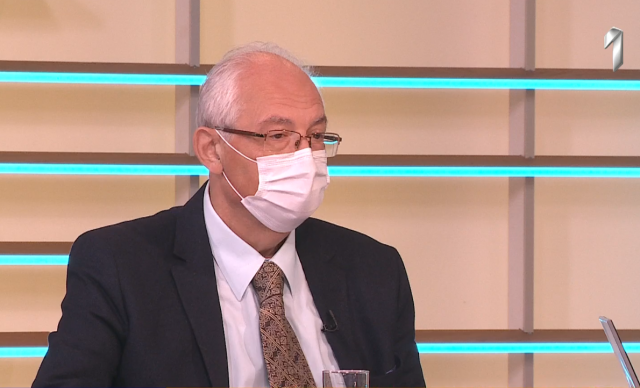 He said that it was proposed to shorten the working hours of catering facilities until 6 p.m.

This measure, he says, would be limited to two weeks.

Kon pointed out that the introduction of curfew was not discussed at the sessions of the Crisis Staff, as well as the extension of the autumn vacation.

He points out that the medical part of the staff agrees that the measures that already exist are good and that they should be respected more.

He reminds that those measures are the mandatory wearing of masks indoors, the recommendation that masks be worn outdoors, especially in pedestrian zones, the rules on physical distance and disinfection in catering facilities and service shops.

This is an indicator, he adds, that the measures are still not respected, and that two weeks of more rigorous measures are needed, which primarily refer to nightclubs, in order to "flatten the curve".

He points out that the crisis staff is also aware of the economic consequences of certain measures, but, he adds, the number of infected people must be stopped in order for the hospital system to withstand the pressure.

"We don't have time, the numbers are going up very fast, the hospital beds are filling up quickly, we can improvise and look for additional space, but the numbers will still go up," Kon pointed out for TV Pink.

He pointed out that the Crisis Staff did not talk to anyone about the introduction of curfew, although, he says, that measure would give the best results, which has been shown in France, Belgium and the Netherlands.

However, he adds, that measure would cause great economic and political consequences.

Kon states that there was no talk about the extension of the autumn vacation, because, he says, the school environment proved to be responsible.

"The extension of the school break was discussed on November 6, I suggested it, but the rest of the Crisis Staff did not accept it because they thought that the situation in schools was stable. However, an increasing number of infections was noticed in children, so I think it will be one of the topics at the next sessions", Kon said.

When it comes to the arrival of our citizens during the holidays, Kon said that they will not be banned from entering the country, but will, as before, register and be under the surveillance that was introduced this summer.

"It is not possible to do anything drastically new here, the only thing that can be introduced is the obligatory PCR test for our citizens, but they cannot be forbidden to enter the country, while foreigners can", Kon concluded.