Kon: I expect a record number

The epidemiological situation in Serbia is unfavorable and it's getting worse, epidemiologist and member of the Health Crisis Staff Predrag Kon stated 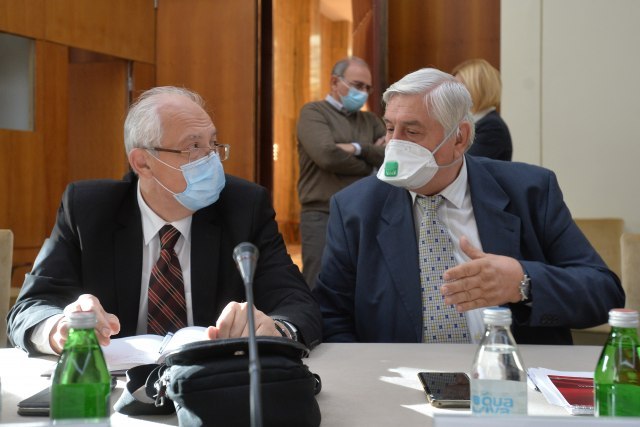 "The number of infected people is expected to increase this and next week. After that, we hope to be able to level the curve. The number of those who are in favor of hospitalization will also increase. This applies to the whole of Serbia, the most difficult situation is in Belgrade," Kon said.

Asked whether there would be a tightening of measures, he said that he was thinking about it and that it was clear that one could not sit idly by if the number of infected people increased.

He explains that the best evidence of the activity of the virus is the data from Belgrade, where in one day (October 24) there were 280 positive patients for the coronavirus, and that it is 54 percent of the total number of people tested.

He notes that there were municipalities during the July peak where as much as 80 percent of the number of those tested were positive.

"We had a July wave and we may have a slightly better situation compared to the rest of Europe. However, an increase in the number of patients is expected and restrictions will be necessary," Kon said.

He states that children are not a source of transmission of the infection in families, that cases of severe form in children are still rare, especially at the age of ten.

He says that the number of schools in which there are infected children is increasing, but that these are still individual cases, because the system that has been established in schools works well - mandatory wearing of masks, distance, hand disinfection.

"The virus is mostly transmitted in places of entertainment, and that is where we should influence the most. The law will change because the sanction, it seems, is necessary," said the epidemiologist.

He explains that in such places, one infected person can infect more people because the virus is spreading the most during singing. He notes that in a team where everyone is sitting and wearing masks, keeping a distance is possible, the possibility of transmitting the infection is only theoretical.

"Practice has shown that masks are effective protection and protect up to 99 percent if everyone wears them. My recommendation for everyone is to put on a mask as soon as they leave the apartment and to take it off only when they eat or drink," Kon said.

As he said, antigen (fast) tests were also introduced, where the results are obtained in half an hour or an hour. This will mean a lot, especially for nursing homes or hospitals, in order to prevent the spread of the virus within such vulnerable groups.