Dr Janković warns: The course is not good, the third wave will last longer 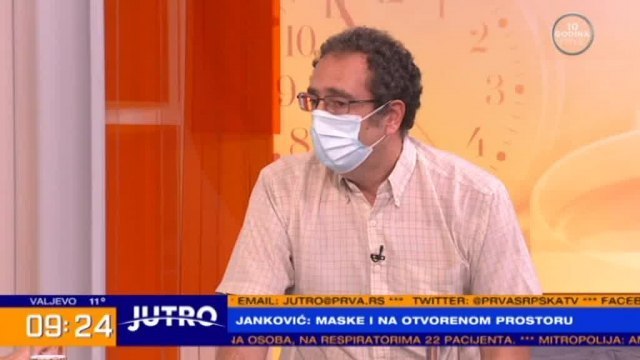 He said that in accordance with the situation, the existing measures can be tightened, but that if the tightened measures are not implemented consistently, then nothing will help.

"Working hours of the facilities can be corrected, according to the situation, the measures can be stricter, but the stricter measures that are inconsistently implemented will not help us at all. The measures were not adequately implemented...", he said.

Jankovic said that now at least the majority of citizens must understand the danger and adhere to the measures.

"When the situation is dynamic, the course of the process itself is alarming... The course is not good, we are trying to turn it into a better course," Jankovic told RTS, adding that now everything should be done to prevent a fire, because it is much harder putting out a fire.

According to him, the third wave must surely last for weeks.

As he says, changes in testing are also expected.

"Sure testing with fast tests certainly follows, but we can never detect anyone who became infected quickly enough," he added.

He pointed out that they want to stop the increase in the number of patients by controlling, stating that it is not possible to know in advance who is infected.

"It is of utmost importance to wear a mask," Jankovic said.