Today, an extraordinary meeting of the Crisis Staff is scheduled

Today, at nine o'clock, members of the Crisis Staff are meeting at an emergency session due to the increase in the number of newly infected with coronavirus. 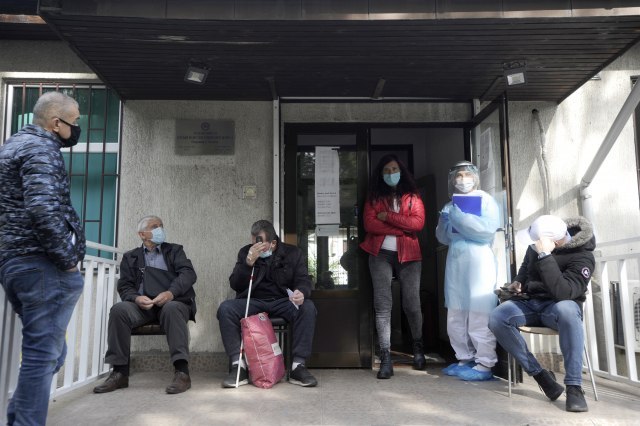 The number that is announced every day, and which refers to the number of newly infected in the time period of 24 hours, exceeded 500 yesterday. That is the highest figure since the beginning of the pandemic.

Epidemiologists, members of the Crisis Staff, have been warning for days that the situation with the coronavirus is unstable and that there could be a sudden leap in the number of newly infected people at any moment.

The measures have been "tightened" several times so far, and the population has been urged to abide by them, but it seems that some citizens did not understand the seriousness of the situation, so the media and social networks often informed about various celebrations and nightlife entertainment.

A member of the Crisis Staff, Dr Predrag Kon, stated last night that the increase in the number of patients in Serbia by over 500 in 24 hours is disturbing. He points out that the meeting of the Crisis Staff is necessary in order to determine further measures in the fight against coronavirus, stating that the introduction of mandatory PCR tests for all who enter Serbia is certain, because the situation in the countries around us is alarming.

Another member of the Crisis Staff, Srdja Jankovic, says that the headquarters will react, but that measures such as restrictions on movement are not being considered now.

"At this moment, there are no concrete additional measures under consideration, but the measures will monitor the situation. One of the possibilities is to introduce a negative PCR test for entering Serbia, but I cannot say how realistic it is before the meeting," Jankovic said.

In any case, although none of the members of the Crisis Staff wanted to announce yesterday what measures will be adopted today, it is certain that they will not be "loosened", but maximally tightened, at least to the point after the state of emergency.

In other words, a measure could be taken to shorten the working hours of catering and trade facilities again, to make masks obligatory in the open, to further reduce the number of people who gather in one place.

It remains to be seen what will happen to the schools, because epidemiologists said that they could be closed at the moment when the number of infected people exceeds 500, and it has passed it.

Djerlek: There will be new measures

State Secretary at the Ministry of Health Mirsad Djerlek said this morning that the Crisis Staff for the fight against COVID-19 would adopt new measures at today's session, stating that the most important thing is to protect Serbia from the entry of infected patients, but also to strengthen control within the country.

He said that he expected the most problems with the situation in the collectives, as shown by the example of "Jura" factory, but also with the events on the night parties, because "young people do not seem to understand that we are dealing with a deadly disease".