Due to the worsening of the epidemiological situation, Crisis Staff formed by the Government of Serbia has tightened measures in the fight against coronavirus. 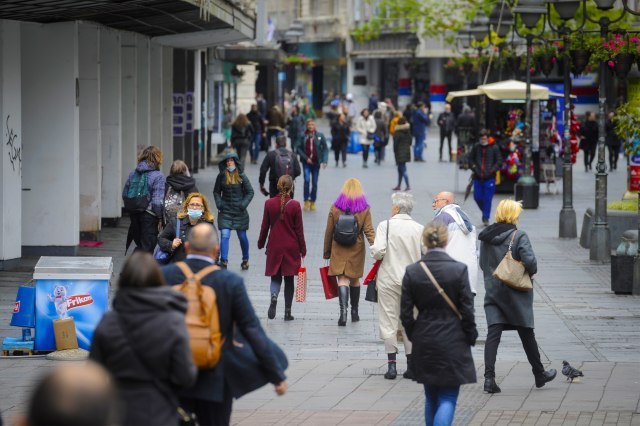 What was said immediately, and what will affect all citizens of Serbia, is the mandatory wearing of masks. both outdoors and indoors, meaning everyone and on every occasion, starting immediately, a member of the Crisis Staff, Dr Darija Kisić Tepavčević explained.

The Belgrade media then stated that the session of the Crisis Staff also discussed the fact that it will be legally regulated as soon as possible. In other words, the penal policy for violating this measure could be legally regulated from next week, and mandatory fines would be imposed. This means that the one who is caught without a mask will have to pay the fine immediately, or later, but in a larger amount.

Until now, the rule was that masks were mandatory indoors, and outdoors they were not obligatory if it was possible to provide the necessary distance.

The regulation of violations of house isolation, which could also be found as a provision in the amended Law on Misdemeanors, was also considered.

The next measure that has been tightened today refers to gatherings. So far, the stricter measure not to gather more than 30 people has been violated several times, so it has now been decided to give local governments the authority to ban the issuance of permits for gatherings.

Then, as of Monday, the Belgrade Arena Sports Hall will again be ready to receive patients suffering from COVID-19, so as not to overload the health care system, especially due to incoherent patients. Dr Kisić Tepavčević explained that, having in mind that the number of people with confirmed virus and the number of hospitalizations is increasing, it will have to be done.

"Our health care system must and should function. It is up to us to prevent ourselves from becoming infected and transmitting the infection, so that we can get through a difficult period ahead of us, when the spread of respiratory infections is easy," warned Kisić Tepavčević.

She said that respiratory infections, including the coronavirus, spread easily at this time of year and that the number of new cases is rising across the country. “In line with that, a decision was taken to step up all current measures including controlling their implementation,” she said adding that it’s important to wear masks at all times including open spaces.

When it comes to the work of catering facilities, their working hours remain until 11 pm, as before, but strict measures are prescribed - it is mandatory to enter with a mask, which can be removed when sitting at a table, but if you use toilet or leaving a restaurant, the mask should be worn again.

Also, service facilities will have to have a responsible person, whose task will be to control that strict preventive measures are implemented. "We must do our best to organize ourselves as much as possible and implement measures that are neither expensive nor difficult. We can only succeed if we all really behave in line with prescribed restrictions," Kisic said.

"We are witnessing that the number of patients is slowly growing. The situation in our country is much more favorable than in all European countries, but that should not comfort us, because virius has a great potential for rapid spread. It is up to us to stop it," Kisic Tepavcevic concluded.