Kon: There are no hidden data; Loncar: I wrote my resignation VIDEO 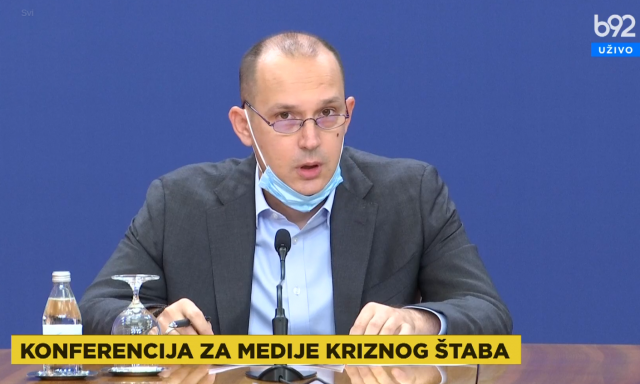 Kon said that all the data are obtained from the Batut Institute and that they are completely reliable.

He adds that none of the data has ever been concealed, especially since there is speculation in the public about completely different ways of monitoring.

"Accuracy is very important. I said that based on mortality statistics, but it is not clear to people, so it is an assessment, not something that is completely reliable". He explained that according to certain data and calculations, "it is possible that there were significantly more deaths, but that a revision is needed because of that". As Kon emphasized, these are only estimates.

Epidemiologist Dr Srdja Janković stated that based on scientific research, the number of patients and deaths in the world was higher than the official data.

"This is not unexpected. Some things cannot be determined on a daily basis, but periodically. An audit should be done after an epidemic," Jankovic pointed out.

Minister of Health Zlatibor Lončar added that it was promised that a revision of data would be done.

"Serbia conveyed by far the greatest number of tests in the region, and we are not waiting too long for those results," he pointed out, adding that everything will be done to protect citizens as much as possible.

He added that he had wrote his letter of resignation, as he said, in "response to the proposal of the N1 journalist".

"Yesterday I was thinking, you suggested that I resign. I wrote my resignation yesterday," Loncar said.