It's been confirmed: Military plane crashed near Loznica PHOTO / VIDEO

The Army of Serbia MiG-21, a supersonic jet fighter and interceptor aircraft plane, crashed early on Thursday near the village of Brasina in Western Serbia 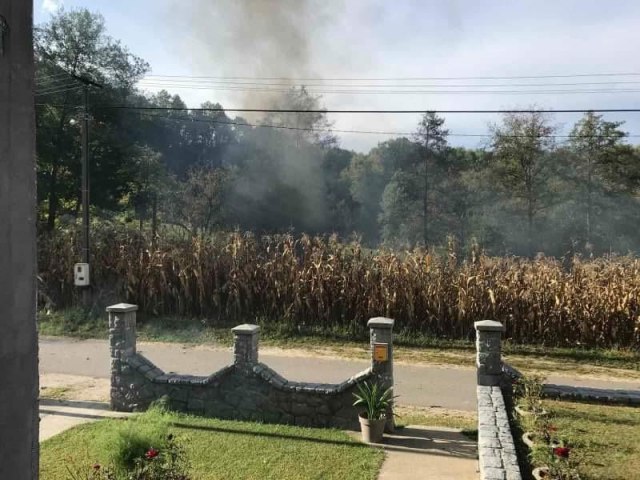 The team of the Search and Rescue Service of the Air Force and Air Defense and firefighters are on the scene.

Some local media reported that the pilot was killed, but they also stated that an official confirmation of that information is awaited.

According to the testimony of the locals, a loud bang was heard, followed by smoke and fire, the local portal Info Lo reported.

However, Novosti reported that the plane was flying from Donja Borina, where, according to the testimony of a local, it almost hit his house, and continued towards Vrasina.

Suddenly, the air-craft turned violently near the Brasin mine and practically fell into the yard of Vitomir Tasković, a local. According to the testimony of the locals for "Novosti", a loud bang was heard, then smoke and fire started.

Unofficially, a resident in whose yard the plane fell was injured.

According to unofficial information from the scene, one of the two pilots catapulted himself and is being searched for.

It is an inaccessible, wooded terrain.

Earlier today, the President of Serbia, Aleksandar Vučić, confirmed the information about the plane crash in a TV broadcast from Turkey, saying that he had information that the plane that crashed was an old MiG 21.