The start of the new school year is the most important topic at this moment, epidemiologist Predrag Kon stated today 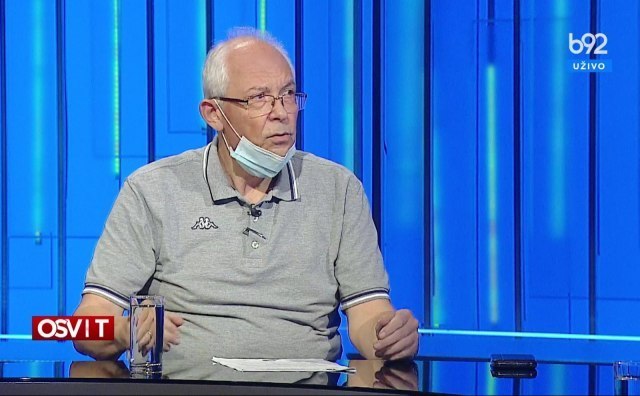 He pointed out that the measures in force should not be relaxed for the first two weeks in September, until the "school effect" is seen.

He emphasized that there is a great interest in easing the measures, to extend the working hours of cafes and open night clubs, because a large number of people live from catering.

"These are issues that will be difficult. We should not lift the measures until we see how the first two weeks of school will go. The economic part of this problem is extremely important," Kon said on TV Pink.

He emphasized that with younger children, from the first to the fourth grade, there is almost no severe clinical picture during infection. According to him, the European Center for Disease Control has officially announced that children are not expected to be "good carriers of the virus".

He pointed out, however, that "conditions should be provided to prevent infection in the school, as well as to provide distance learning, for all grades".

Kon reminded that the medical part of the recommendations for schools refers to hand washing, physical distance, wearing masks, disinfection of the space and constant ventilation of the classrooms.

At the entrance to the school, as he said, the children's temperature must be measured, and it is important that the children maintain distance in the classroom.

"There is a possibility to take off the masks during class, while the children are sitting at their table, but also to put them on when they are moving, during breaks, and when they go out," Kon emphasized.

As he said, it is possible to make a plan that children may implement better than adults, they just need to get used to it.

Speaking about the epidemiological situation in Serbia, Kon stated that the situation is "somewhat better", but far from being favorable and stable.

"In some parts of Serbia, the situation is unfavorable, in Belgrade it is changing from unfavorable to unsafe situation. The number of infected people is falling, those who are suspected of COVID 19. This is an indicator that the circulation of the virus has decreased," Kon concluded.