Well-known epidemiologist: The virus is not artificial, I'm afraid...

"The virus is out of control, and when that is the case, every epidemic is alarming for me," the well-known Serbian epidemiologist Dr Zoran Vucinic stated. 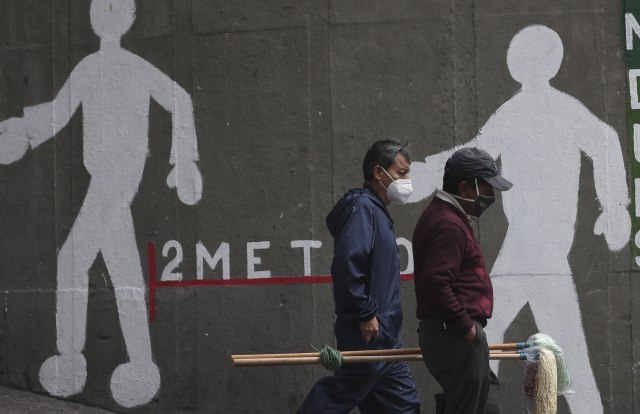 He said in an interview with "Blic" that the spread of the coronavirus can be stopped and that it is not too late. To that end, we need to respect the prescribed measures, to have confidence in epidemiologists, to protect health workers, but the role of the media is important. Without it, this dangerous virus cannot be brought under control, he said.

A retired epidemiologist from Uzice, who has been fighting rat-bite fever, swine and bird flu and many other epidemics in his 35-year long career, says that although he has many years of work behind him, he has not seen this potential of the virus yet.

It is easiest, continues Dr Vucinic, to talk about mistakes, and in his opinion, there were some. He wants to restore trust in epidemiologists who have given and are giving their maximum, and therefore it is necessary to put aside "our favorite discipline" of spitting up.

"It is easy to criticize, attack, I know from personal experience that in epidemics it is most difficult to carry the burden of people who climb on your back. It is not a problem to suppress the epidemic, but it has a different background, the influence of politics and other structures. It is hard to be in the shoes of Predrag Kon and Branislav Tiodorovic. They are excellent epidemiologists. I can tell them as their colleague "you made a mistake in some places, in the intensity of the measure, you lifted restrictions somewhere too soon". But I will tell them personally". My professor Mladen Simic never said anything bad when I was wrong, and I was wrong, in the presence of others. Always when there were only the two of us alone. I mostly despised people who have subsequent intelligence," Dr Vucinic told "Blic".

He also points out that he dislikes criticism aimed at medical experts because it turned out that the virus has no milder potential during the summer, as epidemiologists have announced.

"I also thought that we would have a different picture this summer. But this is not the flu, this is a disease we haven't had a chance to deal with. How was it for me to go to suppress rat-bite fever when the works of Bozo Antonijevic and Mirceta Obradovic were behind me?" "Professors, experienced people. I knew where I was going, what was waiting for me, I knew how to protect myself and others around me. We don't know many things about the coronavirus," he said.

"If it was artificially made, it would be easy to solve. There are many diseases in animals that we call plague and cholera. Here, the animal most likely merged with the human virus and they created a new virus. It is a barrier of the species. We got completely new, unknown virus. COVID-19 was not created in December, by some kind of explosion, it takes a long time for this process to take place. In my opinion, the virus has entered a dead end. Many viruses enter the body, make a mess, we throw them out, I'm worried about where this is going and where it's going to stop I'm afraid coronavirus hasn't shown its full strength yet. I deeply believe that solutions exist because this is a global problem There's no need to talk about whether this is the second peak of the first wave, the first of the second, etc. Let's leave it at that. This is its path of expansion, the virus is in its natural expansion," Dr Zoran Vucinic concluded.