Kon: Belgrade most risky; One measure as an overall strategy that could yield results

Epidemiologist Predrag Kon stated today that it is a fact that there were errors in the database of statistical data on the coronavirus epidemic in Serbia. 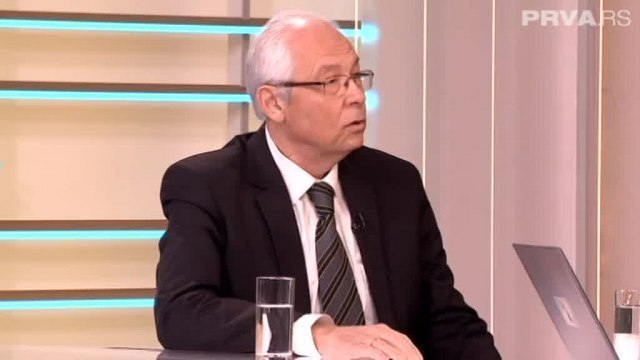 Stating that this is a big problem, not only in the organizational aspect, Kon said that the data will be reviewed which, according to him, will enable us to have a "much better" monitoring system in the future.

"It's not that we don't have tests, but little by little we have congestion. The results that are being published are the results that arrive that day. It is significant that the Prime Minister went public yesterday with facts related to that application and I think that database will be improved ", Kon told Pink TV.

Commenting on the current epidemiological situation in Serbia, Kon said that it was "the most risky" in Belgrade, i.e. that the occupancy of hospital capacities in the capital was "something that keeps everything very tense".

"Due to the frequency of contacts, Belgrade is an explosive place for this virus, but we still see that there is a reaction of the population in public transport and indoors. There are still gatherings, especially of young people, which can hardly be prevented," the epidemiologist said.

He added that wearing the mask indoors becomes "almost" the whole strategy of fighting the spread of coronavirus.

"That could work in the long run, without a negative impact on the economy," Kon said.

He also explained in which case the masks are really effective.

"Masks only protect if we all wear them indoors. If someone wears a mask and some do not, the mask protects only the sick and the elderly by 30 percent," Kon explained. He adds that it is important that they change regularly.

Dr Kon stated that the epidemiological situation is unfavorable on the entire territory of Serbia and that there is no solid data that the situation is improving.

"At the moment, we do not have solid data on whether the condition is improving, although the number of registered patients has decreased, at least according to the official data. I am not encouraged by the condition because the hospitals are full and more people are on respirators," Kon told RTS.