Loncar revealed when the curfew details will be known VIDEO

The final decision on the introduction of curfew during the weekend will be made by the Crisis Staff in the next two days, Health Minister Zlatibor Loncar said. 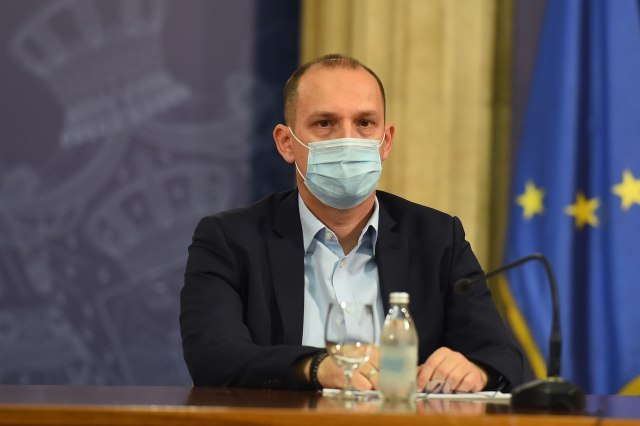 He did not specify whether the measure will be introduced on the territory of the whole of Serbia, emphasizing that it is not the intention to "punish" those who adhere to all epidemiological measures.

Loncar said that epidemiologists look at the situation on the ground and data on the number of infected and tested, where and how fast the coronavirus spreads, what is the clinical picture of patients and how long they stay in the hospital, as well as hospital capacities.

"We will try not to punish anyone who adhered to the prescribed measures, that is not fair or correct. We have to make a difference. For example, in Sremska Mitrovica, we have a few patients, why would that refer to those who adhere to the measures and where everyone wears masks", Loncar told reporters after a meeting with the directors of COVID hospitals.

When asked when the decision on the curfew will be known, Loncar said that the Crisis Staff has two more days to bring the best possible measures which, as he stated, will give results and contribute to the reduction of the number of infected and hospitalized.

The Minister said that we used to have such measures and that they gave results, that there were fewer people infected and that the situation was under control.

"We gave everyone a chance, people thought they were responsible enough to respect recommendations without imposing restrictions, but people failed to adhere to those recommendations. We have to take measures, whether someone will like it or not, our goal is to save lives", Loncar emphasized.

Last night, the President of Serbia, Aleksandar Vucic, announced the possible introduction of curfew from Friday to Monday. He will address the public today.