After growing number of people infected with coronavirus in Serbia, the Government announced that it had informed the public about the valid testing protocol. 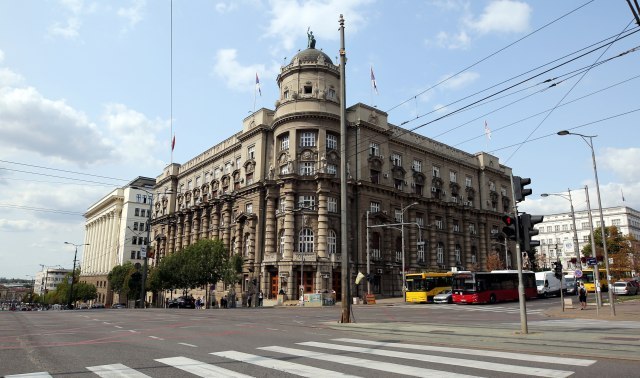 In the previous week, a total of 50.797 citizens were tested in the Republic of Serbia. Montenegro did 2.493 tests, Albania 2.779, Slovenia 6.342, while Croatia tested 7.363 people. So, in the previous 7 days, almost 3 times more tests were done in Serbia than in these 4 countries together, the Government of Serbia announced.

Also, when taking into account the testing per 100.000 inhabitants, Serbia is convincingly the best in the region, having in mind that 730 of them were tested per 100.000 citizens in the previous 7 days. Serbia had left behind, among others, EU members such as Romania with 427 tested, Slovenia with 305 and Bulgaria with 269 tests performed per hundred thousand inhabitants last week.

All presented data are publicly available and easily verifiable, considering that they are updated on a daily basis and all citizens can find them on the Internet.

We remind you that citizens who have symptoms of respiratory infections or symptoms of COVID-19 (fever, cough, sore throat), must first report to a special clinic (COVID clinic) of the home health center, where everyone with these symptoms will be diagnosed , i.e. X-ray examination of the lungs, blood test, measured temperature, performed a quick test. Only after that, and in consultation with the doctors from the health center, the citizens will be given a free PCR test in the appropriate health institution.

According to the currently valid protocol, epidemiological contacts of infected persons are not tested. This means that people who have been in contact with confirmed infected people will not be automatically tested until the doctors at the examination determine that there is a need for testing.

We emphasize once again that the same principle is applied on the territory of the entire Republic of Serbia, without exception in every city and municipality. The testing of patients is decided exclusively by doctors on the basis of the testing protocol, and not by representatives of local authorities, politicians or anyone else, it is stated in the announcement.

The Institute of Public Health of Serbia, "Dr Milan Jovanovic Batut", checks every morning with all public health institutes in the country what their needs are for the current day and supplies them with additional tests daily, if there is a need for that.

The Government of the Republic of Serbia and the Crisis Staff for the Suppression of Diseases COVID-19 remind the public that there are currently more than 260.000 so-called PCR tests in stock in Serbia, and that the amount of available tests is regularly replenished according to needs. Consequently, every single rumor about the lack of tests in Serbia does not correspond to the truth.

The Government of Serbia once again appeals to all citizens to be responsible towards themselves and their loved ones, to respect the measures prescribed by the Crisis Staff, wash their hands regularly and use disinfectants, use protective masks indoors and maintain distance. Only with joint efforts can we preserve our own health and the health of the people in our environment, the Government said in a statement.