Deputy Director of the Batut Institute, Darija Kisic Tepavcevic, said that she recommends wearing of gloves and masks on the day of the elections on June 21st 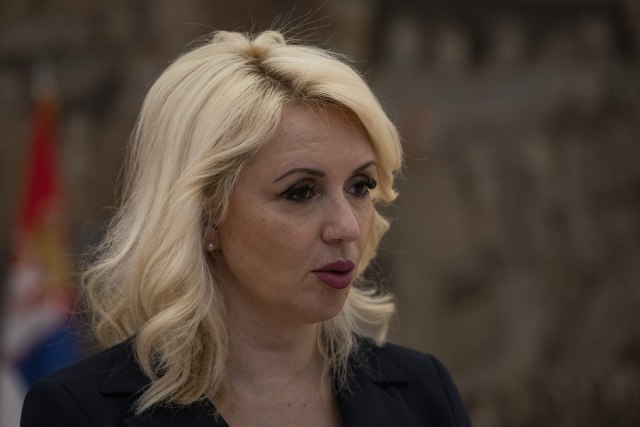 She said for the morning program of Prva TV that the Crisis Staff makes recommendations, and that each of us behaves depending on our personal risk assessment.

"Any visit to an indoor event with more people and contact longer than 15 minutes at a distance of less than one meter is considered risky," she explained.

Kisic Tepavcevic said that no decision and law can be above the desire of an individual to stay healthy and take care of their health.

"We see that we have a stable number of patients at a higher level than we would like. If up to two thirds have no symptoms, it means that they could not even been detected if they weren't intensively searched for," Kisic Tepavcevic said.

She added that the authorities are looking for every potentially infected person.

"We are very relaxed, among the patients, younger people predominate. However, they must be aware that the virus is there. These are people who are generally in good condition and the infection will pass as if they had a cold, but they can infect parents and grandparents", Kisic Tepavcevic said.

As she said, the virus has been underestimated, especially in younger people, but we do not know how the virus will react in other people.

Kisic Tepavcevic said that Serbia is the only country that has been reporting on all levels of work since the beginning of the epidemic, and that the system of how a person is considered cured has changed.

"It is known that the criterion for making a diagnosis is a positive PCR test. We accepted the WHO criterion that two negative findings are a criterion for recovery. However, that criterion was changed by the WHO," she said.

As she said, the first PCR test in the infected was done for about five to seven days.

"At one point, we made the decision that after the first negative test, these people were released from hospitals and were in self-isolation for two weeks. If they had a second negative test, they were cured. It took more than two months for the person to be administratively registered as recovered, even though he/she no longer had any symptoms", she said.

Kisic Tepavcevic said that because of that, at one point there was such a large number of people who were marked as healthy, as they recovered.