Since March 2020, Serbian Philanthropy Forum and B92 Fund joined forces in raising almost 190 million dinars for the necessary equipment in fighting coronavirus 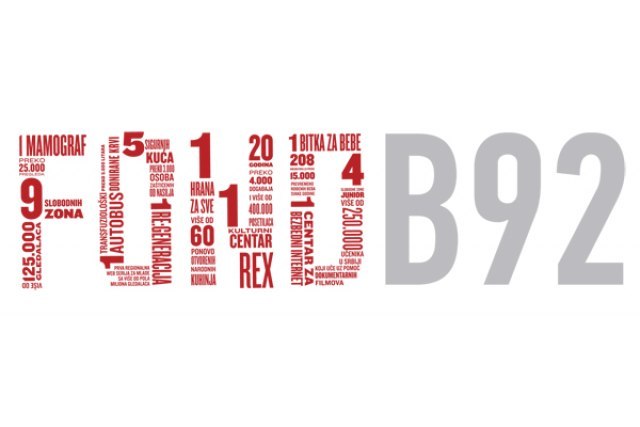 Along with the engagement of the membership and the entire philanthropic community since March 2020, in cooperation with B92 Fund, the amount close to 190 million dinars have been raised, as well as over 10 million dinars in goods, to support the health care system of the Republic of Serbia.

Since the beginning of the crisis caused by the COVID-19 pandemic, the Serbian Philanthropy Forum has been recognized as a relevant mediator between health institutions and donors. Through careful donor relations, regular reporting and transparent spending, the Forum and B92 Fund have set standards in the use of donor funds and permanently strengthened trust with members and other actors in the philanthropic community.

During the crisis caused by the coronavirus, the members of the Serbian Philanthropy Forum provided great support to health institutions, responding to the urgent needs identified through daily communication with health workers. Forum members worked to find distributors, warehouses and suppliers who could deliver the goods urgently. In this way, in cooperation with Nordeus and UNICEF, a permanent table of needs and delivery deadlines were set, with daily data updates. The data were checked with the Ministry of Health on a daily basis, in order to avoid doubling donations and some other activities. In this way, donors were able to obtain the most important information to make an informed decision on donations, with a firm belief that the donation will bring necessary effects. This way of working transparently not only helped raise funds, but often encouraged donors to give more money from their existing budgets.

Marbo product, part of the Pepsico group, donated about 11 million dinars, Komercijalna banka about 2,500,000 dinars, but also a direct donation to the health system, while donors who wanted to remain anonymous provided donations amounting to 7,360,000 dinars.

Extremely important support was provided by the Chapter 4 agency, which was also a mediator between the Serbian Philanthropy Forum and socially responsible companies, clients of this agency. The Embassy of the Federal Republic of Germany, the European Consulting Group, the Balkan Wind farms, Japan Tobacco International, as well as Telenor and Mobi Bank, are significant donors to this project.

Donations of goods were also of great importance, primarily hygiene, Unilever Belgrade, regular meals were provided for medical staff, but also for patients on the part of McDonald's, food and beverages MOL, Coca-Cola, Marbo product, MDS, Mars chocolates, all worth over 10 million euros.

B92 Fund provided the entire infrastructure for fundraising and implementation of donations, in a way that enables maximum transparency.

In addition to raising funds and fundraising activities to support the Serbian health care system during the coronavirus crisis, the Serbian Philanthropy Forum, together with partners from the Charity Coalition, continued its activities on the USAID-funded Framework for Giving Project and preparations for the National Day of Giving. During the state of emergency, members of the Philanthropy Council from the Coalition for Charity proposed a set of measures to the Philanthropy Council and the Government to help secure larger donations to the most vulnerable citizens, including the promotion of instructions for tax relief, abolition of bank donation fees and VAT exemption for food donation. Also, the Coalition sent a proposal for the state to include in the program of economic measures the associations that organize economic activity according to the principle of social entrepreneurship.

The Serbian Philanthropy Forum, together with partners from the Coalition for Charity, worked on representing vulnerable groups (primarily persons with disabilities) and strengthening the position of an important communication channel between civil society and Serbian Government, in order to improve conditions for dealing with philanthropy in our society.

The Serbian Philanthropy Forum will continue to work intensively on gathering relevant actors from all sectors in order to determine and phrase proposals for the adoption of necessary legal amendments, as important factors for creating a more favorable environment for the development of charity in Serbia. The experience we have, but also the estimates that we will soon face the challenge pertaining to the increased poverty, force us to focus primarily on this area. That is why it is important that we make progress as soon as possible in the initiatives supported by the government's Council for Philanthropy, primarily when it comes to food donation facilities.

The age we live in is marked by needs and actions: solidarity, humanity, social responsibility, generosity, decency, altruism, on a case-by-case basis, as the circumstances demand.

In our immediate future, it will be very important that these values grow into our culture, system, thus becoming a part of our nature.