Kon: If the situation worsens, we will punish those without masks 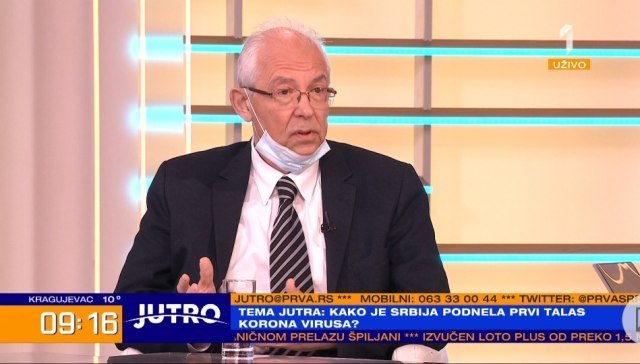 Kon told Prva TV that Serbia has not yet introduced the obligatory wearing of masks.

"Although it was in the draft and it exists as a draft, so it can be introduced at any time, if the situation worsens," he said.

According to him, it is important that vulnerable groups, such as those over 65, and the chronically ill, wear masks.

He said that surgical masks still protect against sneezing and infection during the conversation.

"As far as protection in public transport, shopping malls and cafes is concerned, the lowest measure of protection is that. In the open space, they do not make sense," Kon said.

As he said, life has imposed certain solutions, because the PCR test cannot be obtained in certain countries, and we cannot forbid our citizens to come to Serbia.

"It would be easiest for us epidemiologists if everyone could be tested. We now have a more serious protection system than if we had been tested. We did not let it open as it is perceived, that means monitoring for 14 days," he said.

Kon said that it is far from being nothing at all, but after June 15, when Europe opens, we will have about 10.000 people a day who come to the airport in Belgrade.

"In such numbers, we have to make a system that can work. If we had tested everyone, imagine 10.000 people being tested, it could not have been performed," he said.