Epidemiologist Branislav Tiodorovic said that lifting of state of emergency cannot happen before May 1st. 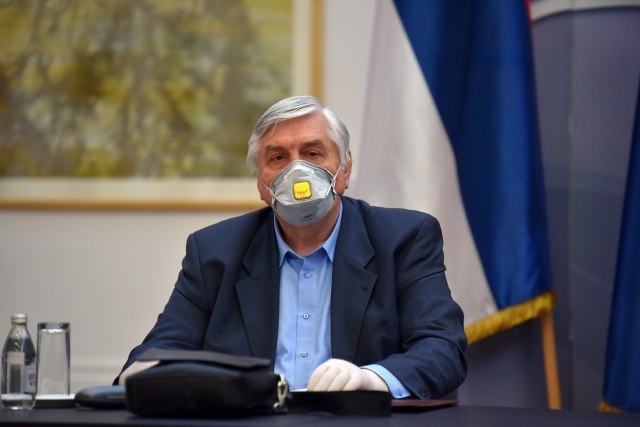 He said that after that date, the picture of the pandemic will be clearer by the assessment of the last week of April.

"A prerequisite for such a thing would be a significant reduction in the number of patients, a continuation of this trend of dropping in positive cases, but we also have to see for ourselves that citizens obey the prescribed measures, wear protective masks, keep distance, do not gather," Tiodorovic told today's "Blic".

He pointed out that the number of patients is expected to drop further in the last week of April, but that despite the easing of the measures, citizens need to be aware that this week will be problematic.

He said that Serbia's health system was holding up "despite strong blows" and that the country was far from any bad scenario.

Tiodorovic stressed that the further course of the pandemic absolutely depends on the behavior of citizens and that he hopes that through quick testing he will have a clearer picture of collective immunity.

"We are launching a project, it is a big research, when we will have a clear picture on a representative sample, which includes the analysis of a certain number of people from all over the country, whether we have this acquired collective immunity, whether someone was infected with no symptoms, or had mild symptoms", Tiodorovic explained.