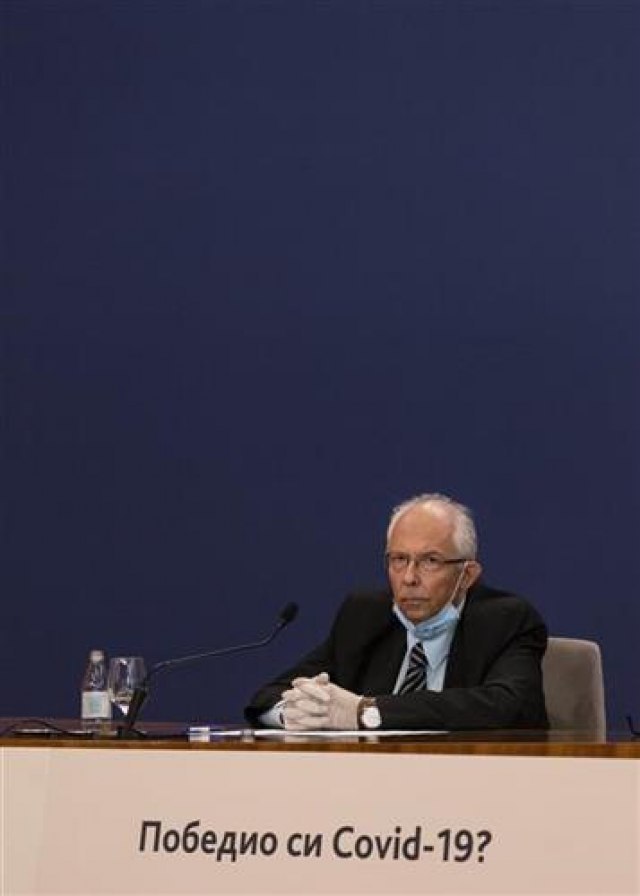 "There is decrease in the number of those on the respirator, severe cases. Percentage of positive findings of the number of those who are being tested drops day by day, especially in Nis and its surroundings, as well as in Jagodina, Cuprija, Aleksinac and Prokuplje, wherever we had an increased percentage compared to other areas. Belgrade is at 8 percent, 7.5 percent in the whole of Serbia. This is because the virus obviously no longer has that potential. It is starting to lose its own transmission power. It is also causing milder diseases. There are large number of infected without symptoms", Kon stated for the Morning Program of TV Prva, explaining the mitigation of emergency measures introduced in the coronavirus pandemic.

If 3.540 people were tested yesterday, one would think that everyone had some symptoms, what is the number of people who have some of the symptoms? What other virus is so topical in Serbia?

"These are all those flu-like illnesses, acute-respiratory infections. In this situation, many of them are also being tested to make sure that it is not COVID-19. Those who have been in contact with the infected are also tested. Hundreds are counted who haven't got any symptoms", Kon said.

He believes that we have made the decision to mitigate the measures in the right moment.

"There were rumors that they were too drastic even when the measures were put in place. They were introduced on time. We have a question of whether relaxing the measures has been hurried. We still have drastic measures, far from giving something special, but they need to be relaxed. We have to return to a more normal life, which will not be exactly the same. It will end with lifting a state of emergency while maintaining social distance. We will have to open week by week in accordance with the results of the tests we follow", Kon said.

He points out that the number of patients cannot be increased rapidly and that there is no chance that we have acted rashly in mitigating the introduced measures. "It can't happen. Excess situations can happen, it's a breakthrough of the virus in some collective and its sudden expansion. It can't happen, because it has no power, it's lowered to a level that it can't wake up and it lost the potential to wake up again".

Asked when the pensioners can take to the streets and how dangerous the moment is, he says it is inevitable that it will happen, but certain measures will still apply.

"That is certainly going to be done. It is dangerous to say that the risk is dozens more times reduced than it was. This does not mean that we will still not recommend avoiding close contact, we will still recommend wearing masks when approaching someone closer than two meters. All this will continue to be in effect until the virus is completely extinguished", he stated.

The profession's stance on mitigating measures is certainly a matter of politics, Kon said.

"This certainly has to do with politics and economy and the understanding that life must go on. Life must go on, the virus cannot be banished from this planet, we do not have this power. We can only mitigate its activity in our country. If we stop life, we will start to die of completely different things. We will come to a situation where the capacity is occupied for the needs of this epidemic. We must constantly assess the risks. The risk cannot be quantitatively accurately expressed, but it is certainly dozens of times smaller. We have to come back to life, so that everything we have done so far would not have a negative impact that lasted for a long time", Kon noted.

The issue of schools is something that will be specifically discussed, especially in the Ministry of Education, Kon said, adding that he does not believe that everyone will send children to kindergartens immediately, but that all those who have no other options will opt for that.

"The action depends on the current circumstances. We now have a situation that will be favorable when children are put into school, and thus clearly determine the virus, that the passage of the virus through the pediatric population is necessary. The most favorable moment is when the activity of the virus is the lowest. And this is happening now, not just from today, but in the next two weeks". He estimated that the curfew needed to continue to be effective to some extent over the next two weeks.

"It is logical that there will be a ban of movement for another two weeks. That does not mean that I am right. It will be discussed further. The most important thing is to prevent contacts, and that seems to be the easiest thing to do during curfew. We see clearly that the decline is beginning, and I think it will be clear in the coming days".

Asked why at the beginning of the pandemic he said he had enough equipment, even though he knew it was not true, Beta conveyed that Kon's response was that official information said he had everything and that he was saying exactly that.

"Going into the fight with poor data is not wise, everyone who was preparing to fight knows that and we had a serious enemy in front of us and no one yet understood how dangerous it was", he said.

"We had information that the equipment was available, because I don't think others comprehended how much equipment we needed, but I was aware of it. I don't think I was lying because I was saying what the competent authorities were saying, and I told the public whether it was okay or not", Kon concluded.