The longest curfew since the introduction of the state of emergency has started today at 5 pm, and ti will last until Tuesday at 5 am, a total of 84 hours. 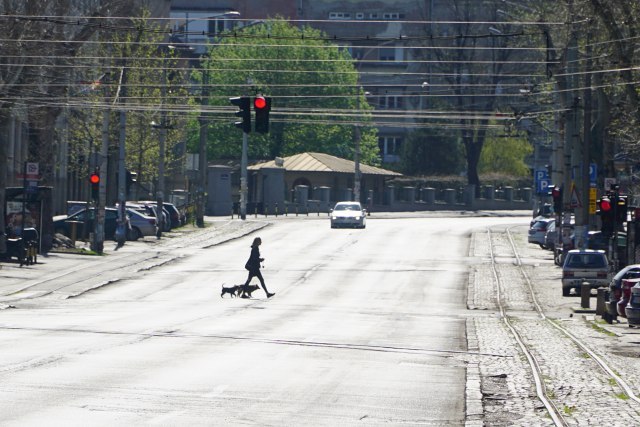 Thus, the longest movement ban, as a measure to combat the coronavirus epidemic, will last during the Easter holidays, on Saturday, Sunday on Easter Day itself, and on the second day of Easter, on Monday.

Previously, citizens over the age of 65 made purchases this morning from four to seven hours in more than 4.400 retail outlets and stores across Serbia, followed by other citizens, for whom the stores were opened a little longer than before, up to 16 hours.

"The number of infected keeps dropping and curfew is likely to be just next weekend", Dr Branimir Nestorovic stated in "Focus" on B92 Television.

"At one point, the percentage of infected people leaped to 40 percent of those tested, and now in most places in Serbia it is about 10 percent," Dr Nestorovic said.

If the situation in Nis had happened at the beginning of the epidemic, it would have been a disaster, according to Dr Nestorovic.

However, the Gerontology Center in Nis is not an isolated case, and when asked how the coronavirus entered the social welfare institutions, Nestorovic replies that an investigation is underway as to what happened.

He also states that the virus is starting to weaken, and that one person today can infect about 0.9 people. In the week after Easter, we expect a drop in the number of infected people, and Dr Nestorovic states that curfew is likely to be in effect only for the next weekend.

He thinks we have already beaten the coronavirus, so for May 1, he thinks there is no need to introduce curfew, banning of gatherings should be good enough, without introducing stricter measures.