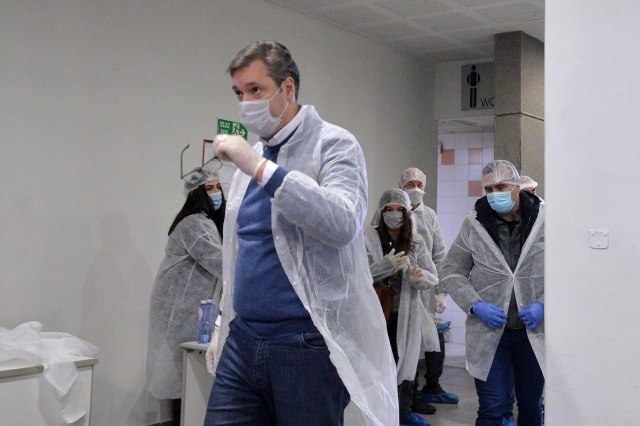 After Belgrade, these are Valjevo and Nis, and he announced new measures for the three cities.

He said he would be quarantined at the Belgrade Fair himself if found to be coronavirus positive. "What is not comfortable and beautiful does not interest me. It is important that we save lives," Vucic said during a statement from the Belgrade Fair Arena.

He came to the arena to visit volunteers.

The president specifically appealed to pensioners as the most vulnerable group.

"I ask the pensioners not to go out, stay at home. If you go out, if you are disobedient, we won't even have enough burial places on the New Cemetery in Bezanija," the President said.

He said the dog walk license could be revoked during curfew.

Vucic added that they were able to bring in Serbian citizens who were in other countries when the state of emergency began.

"Serbia is good for everyone in times of crisis. That is why it is our homeland, one and only," he said.

"I am happy that people are scared, because as doctors say, if people are afraid, they will be more careful", Serbian President emphasized.