"The youngest patient on a respirator is 35, the oldest is 80" VIDEO 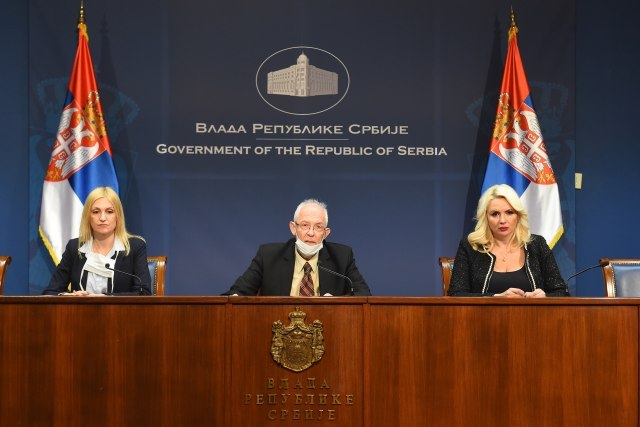 He said at a regular press conference in the Serbian government that of the hospitalized, 11 were in Vojvodina CC, 17 in Nis, 9 in Kragujevac, 22 in Serbia, 57 in Dragisa Misovic and 9 at the Pulmonology Clinic.

"We have 16 on the respirator, two of them in Vojvodina, four in Nis, two in Kragujevac, eight at the Belgrade Infectious Disease Clinic", Kon said.

He announced that a meeting of the Crisis Staff at the Palace of Serbia would be held at 5 pm, with Chinese experts attending the MMA before the afternoon.

"At 5 pm, they will be at the Crisis Staff meeting, at the Palace of Serbia, where they are likely to make their observations so far. Yesterday we had a constructive conversation and practical consultation with our Chinese counterparts. They presented their Hubei province, similar to ours, and in 29 days, they were able to resolve it", Kon said.

He added that each situation is unique and specific, but that they have compared the Hubei province to Serbia, because we are similar in size in terms of population.

"They asked if we were disciplined, to which we replied that we couldn't say so. I think we are becoming more and more disciplined, unfortunately with very strong measures that do not please anyone. We will see if they can be less restrictive later, but it’s important that isolation works”, he said.

Kon noted that there is a serious commitment on the part of Chinese experts to impart knowledge to us and that Serbian experts are listening carefully to their colleagues.

Kon added that it makes sense to wear a mask indoors or if you approach someone at a distance of less than two meters.

"It's time for masks and it's good that we started wearing them indoors. It's good and the less contact we have, it's not good socially and psychologically, but it's great to combat the epidemic", Kon explained.

The Director of the Batut Institute, Darija Kisic Tepevcevic, said that she had made lapsus linguae and that the first case of coronavirus in Serbia was recorded on March 6.

"We are all facing the same enemy here, and no political situation should come into play here. We now work practically 24 hours and hardly sleep," she said.

According to her, Chinese experts are the only ones with real experience with over 80,000 people who have been able to "quell the epidemic".

"A lot of this goes in our favor, such as the reduced density of accommodation, time, but the discipline is not at all in favor of us. A colleague from China said that his child had not been out of the apartment for three months", she said and called the public not to be tied to the dates when the epidemic is at stake.

She added that the average age of the coronavirus patients is about 50 and two-thirds are male.