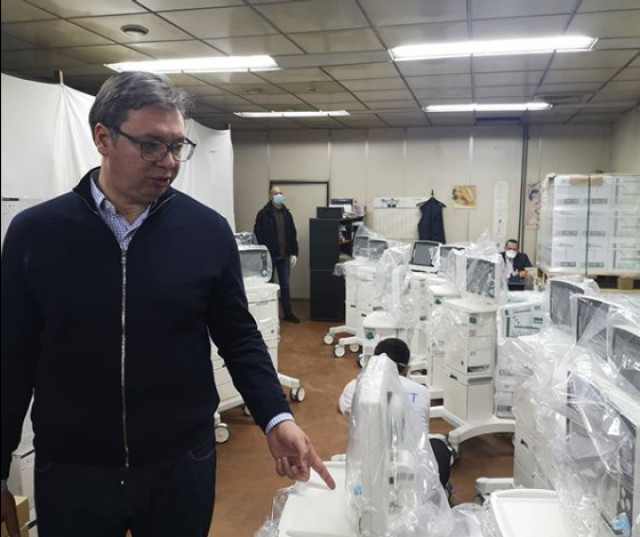 "My job is to fight for the lives of our people and the future of Serbia! We will fight and we will win! New respirators, of Swedish production, that we have brought from Cairo have arrived at the Clinical Center of Serbia!"

Two days ago, the Clinical Center of Serbia received five new respirators, while China also announced sending aid to Serbia, which will include respirators.

"These are the new respirators we just brought from the Egyptian airport, but of Swedish production. There are 18 in total," Vucic said.

He pointed out that we expect the next bigger delivery on Saturday and then even bigger from China on Monday or Tuesday.

"Each of these machines means life for our people and our citizens," Vucic concluded.