With painting black cat on the big screen to break the superstition and with the film "Invisible Life" by Karim Aïnouz, the 13th Kustendorf began on Mecavnik 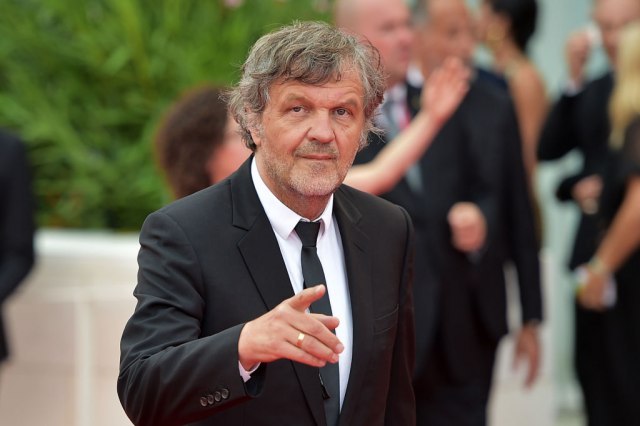 The ceremony began in honor of the celebrated director Purisa Djordjevic with excerpts from his best films in which the biggest stars of Yugoslav film have starred, unfortunately those who are no longer with us - Milena Dravic, Ljubisa Samardzic and Neda Arneric.

In the opening statements, it was stated that the aim of this year's Kustendorf is "to confront superstition and number 13 with cinematic magic".

Describing the work of Purisa Djordjevic, the words of the great Dusan Makavejev were quoted as saying that all filmmakers adored him because he first made editing cuts, "he cut films regardless of the story, he created the story himself. He was our ideal, a role model for humor, he taught us that there are no gods".

In an opening address, Emir Kusturica asked the famous director to make a few more films, "one would be enough", until he turns 100.

''When I was young and studying, I was told that there was only one director in Serbia whose language fell out of all the patterns of world film. When we were trying to learn how stories are told, we learned one thing - the most important thing is to follow human destiny", Kusturica said. While receiving the award, Djordjevic said he was often asked why he was still alive, given that he is 95 years old.

'I'll tell you why. I am of peasant origin and have never eaten fruit", said the famous director.

Using Purisa's words as prelude, Kusturica went on to tell the story of a mammoth and a doctor who told him that the mammoth was extinct because he was big and ate only fruits and vegetables.

"He never stopped eating and didn't have time to think. If we translate it into the language of the film, we can view it as a kind of mammoth, without holding a grudge against vegetarians", the director said. When he was studying, he said it was a time where there was no deflection from the great authors, it was the time of the American film of the seventies.

''The author's film is slowly becoming a feature of the festivals. In Serbia and cinemas, the author's film does not exist. One man buys off all the movies in the world and sells them to festivals. The question is whether the rest of the world will experience the same as Serbia", Kusturica said, adding that there are a thousand ways to express ourselves, and that the audience is happy to watch YouTube and Netflix, and that between them the author's film will survive in the form in which opera survived.

The stage was then taken over by a huge black paper cat, symbolically painted in white by all distinguished guests of the festival, including Kusturica and Minister of Culture and Information Vladan Vukosavljevic, thus "breaking the superstition around number 13".

"Legend has it that geese saved Rome, but it is possible that Emir's black cat and white cat will help save the world movie", Vukosavljevic said. Vukosavljevic pointed out that we live in an era of imposed happiness, corporate happiness, consumer happiness society, and wondered if we were free?

''Are we going to let this society disappear in its lightheartedness and let the dogs talk about it? The choice is up to us", Vukosavljevic said, concluding that Kustendorf would illuminate the world with his inspiration as well as "that the light from Mecavnik will shine for a long time".

With the performance of pop-rock band "The Hatters" and a celebration at the church, distinguished guests and all visitors of Drvengrad will welcome the Orthodox New Year.

Until January 18th, 21 works by local and foreign authors will be screened at Mokra Gora, while the films from China, Romania, Belarus, Hungary, Ukraine will compete for the Golden, Silver and Bronze Egg awards.