The state graduation exam postponed, Ministry announces what caused such a decision

The state final exam, which will replace college entrance examination, instead of June 2021, has been moved up by a year and will be introduced in 2022 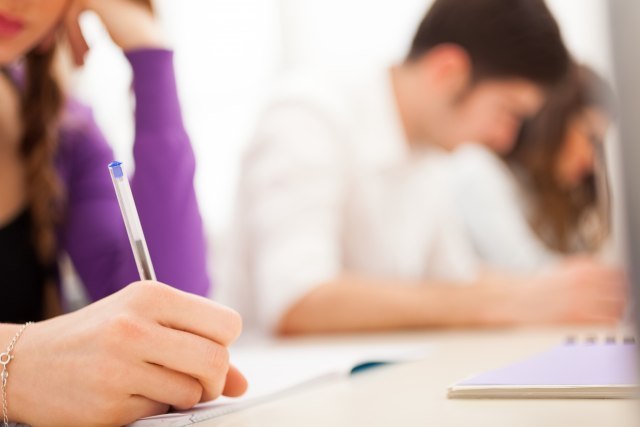 The decision was made because, as estimated by the Ministry of Education, high school students have been working on a reformed program since the 2018/19 school year. Therefore, it is best that they be the first generation to take the state graduation exam.

"We have estimated that it is in the best interests of the students, but of the system as well, to have another year to prepare well for graduation, to keep students well informed. A generation of students born in 2003 and enrolled in high school in the 2018/19 school year will have state graduation exam", Education Minister Advisor Gordana Kosanovic told Tanjug.

Some institutions of higher education have been outraged because the state high school graduation will replace the college admissions. However, the Ministry of Education says it is the only way to bring all high school students to an equal position.

It will remain, as they say, possible for individual colleges to arrange additional candidate tests or test specific preferences. Faculty representatives will also be involved in the design of state graduation assignments.

"In order to gain the trust of the faculty, the involvement of the faculty in the working groups preparing the tasks for the state exam is essential," Kosanovic emphasized.

She stated that the advantage of the state high school diploma is that students from the interior will not have to travel to university centers to take the entrance exam, but will take the state graduation exam in their high schools and then only come to enroll to college. It is planned that before the state graduation, a trial will be organized each year in March or April, so that the "general rehearsal" will be in March or April 2022.

By then, for a generation of high school students enrolled in 2018/19, there will be two pilot tests in which the procedures will be tested, along with the organization of the state graduation itself.