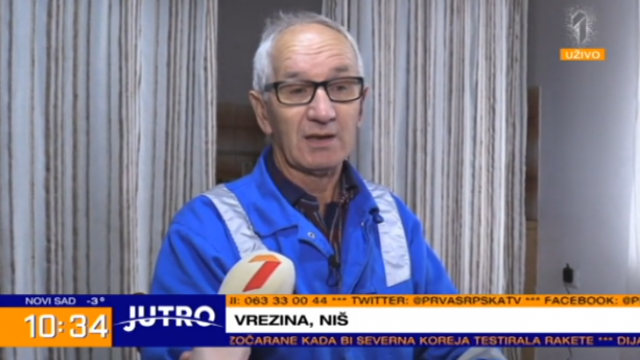 As he told Prva TV, he was afraid, but glad that the child had been found.

"I did not know that they were there. I came with my son to visit the cottage. He (Ninoslav Jovanovic) jumped out of the cottage and my son recognized him, and then he started running", Emil said.

"I told my son to bring a gun, even though we don't possess a weapon, then he jumped out, turned around and said he had a gun too", Zivic describes the encounter with the kidnapper of little Monika.

Asked if he was aware that he was risking his life, he replied:

"We both risked our lives to save the child. I was in fear, but it must be adrenaline and we both ran after him. I'm not a hero, I saved the child and I'm glad. Now, let the police do their part of the job".

To reiterate, 12-year-old Monika K. disappeared on Friday, December 20, about 500 yards from her home, on her way to school. The search for her lasted nine days and she was finally found on Sunday, December 29, while the suspect for the abduction Ninoslav Jovanovic is still at large.