The Western Balkans need climate measures and do not need a Schengen visa, Secretary-General of the Regional Cooperation Council Majlinda Bregu said 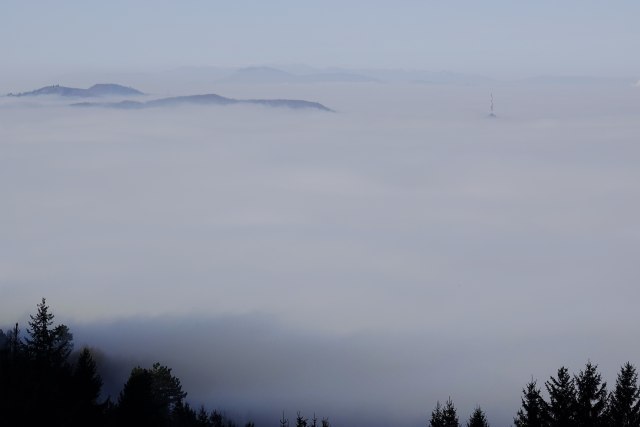 "These days Sarajevo is at the top of the list of the 10 most polluted capitals in the world. Sarajevo is no exception among the capitals in the Western Balkans on that list, followed by Belgrade and Skopje, which occupy the seventh and eighth position, respectively", Bregu said in the author's text.

She cited the fact that, on average, people living in the Western Balkans lose up to 1.3 years of their lives due to air pollution, and that the number of premature deaths attributable to urban air pollution reaches nearly 5.000 per year.

Around 21.000 premature deaths a year could be attributed to household air pollution, with the transport sector responsible for seven percent of the region's total greenhouse gas emissions.

"These are all clear signs that climate change measures, or a 'green agenda' for the Western Balkans, are actually needed", Bregu said.

She said that according to a Balkan Barometer survey, 84 percent of the citizens of the region perceived climate change as a problem, adding that 32 percent said they were not ready to use more environmentally friendly products.

"The number of businesses that have taken some action to reduce their environmental footprint has decreased by 13 percent from 2017 and is now at 64 percent", adds the RCC Secretary General.

She believes that all these facts present yet another confirmation that more work needs to be done to raise citizens' awareness that each of us can and should contribute to change.

"By ignoring the great challenges of humanity just because we believe we have more urgent local problems, will not help us avoid disasters", Bregu said.

She added that five percent of Europe's population is affected by global warming today, and that as many as two thirds will be affected by 2100. "This includes the Balkan region", she concluded.

"Climate change does not need a Schengen visa", she stated, saying it was the right time to connect and take a step forward to a better and healthier environment.