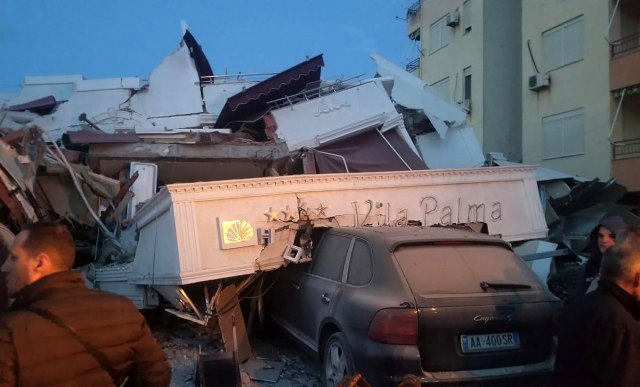 No damage has been registered in our country so far, the Republican Seismological Institute said.

Deputy Director of the Republican Seismological Institute of Serbia Branko Dragicevic told Tanjug that the earthquake was particularly felt in the territory of Kosovo and Metohija.

"The earthquake was felt all over Serbia, especially in the southern Serbian province, all the way to Belgrade. It was also felt by citizens of Montenegro, Italy, Northern Macedonia, Greece, Bulgaria ... It is estimated that over 10 million people felt this tremor of soil", Dragicevic said.

He stated that such an earthquake could cause great damage. "It is too early to predict the extent of the damage and the number of casualties", Dragicevic said.

He added that more seismic activities are expected after this powerful earthquake.