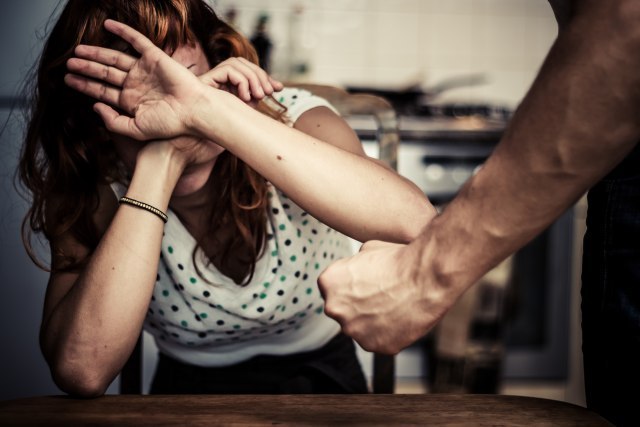 According to the UN, in Serbia, every second woman faced psychological and one in three faced physical violence.

World-wide data show that every third woman and girl experiences physical or sexual violence during their lifetime, most often from a partner.

In 2017, every other woman killed in the world was killed by a partner or family member; only every twentieth man has been killed in similar circumstances.

Violence against women and girls is reported to be one of the most widespread, persistent and damaging human rights violations in our world, which is often not reported due to impunity, silence, stigmatization and shame.

The UN team in Serbia points out that coordinated and comprehensive engagement of actors responsible for prevention, protection and prosecution is required in order to combat domestic violence, as well as taking adequate strategic measures in this area.

"Violence against women is present in all societies and in all walks of life. We will continue to work diligently with all our partners, at all levels, to address the root causes of this violence, through rethinking social norms and behavior, improving the legal framework and institutions and improving services for women survivors of violence, and no woman or girl will be left out", Francoise Jacob, UN Resident Coordinator in Serbia, said.

The eradication of violence against women and girls is at the heart of the UN Sustainable Development Agenda until 2030, the statement said, adding that it is the first step towards global peace and security and one of the preconditions for the promotion, protection and realization of human rights, gender equality, democracy and economic growth.

"Together with the Government of the Republic of Serbia and its partners, the UN team in Serbia has carried out significant activities aimed at eradicating violence against women and girls, and these activities produce results", the statement said, adding that they are working together to prevent violence, as well as ensuring that victims of violence receive timely and effective protection and support from relevant institutions, and punishing perpetrators.

Also, as part of the Joint Program on Integrated Response to Violence Against Women and Girls, 360 police officers have so far completed training on how to approach the scene after reporting violence.

More than 200 health professionals from all over Serbia have been trained to provide adequate support to the victims of family violence.

When it comes to prevention, over 2500 boys and girls have engaged in various activities aimed at promoting gender equality, overcoming harmful gender stereotypes and combating gender-based violence.

In the same time, special attention is paid to marginalized groups of women, including Roma women, women with disabilities and women from rural areas, who report violence disproportionately less than other women.

In 2018, activists from women's civil society organizations, who themselves are members of vulnerable groups, trained 200 practitioners on the specific vulnerability factors of these groups and on ways to facilitate access to support services.

Despite the fact that child witnesses to domestic violence should also be considered victims, institutions often do not take adequate protection measures, the statement said, and in order to provide the protection of both women and children, cross-sectoral teams from 12 municipalities are trained and equipped in order to better respond to gender and intergenerational models of domestic violence.

The UN Team in Serbia (UNCT), managed by the UN Resident Coordinator, consists of 19 UN agencies, funds and programs.