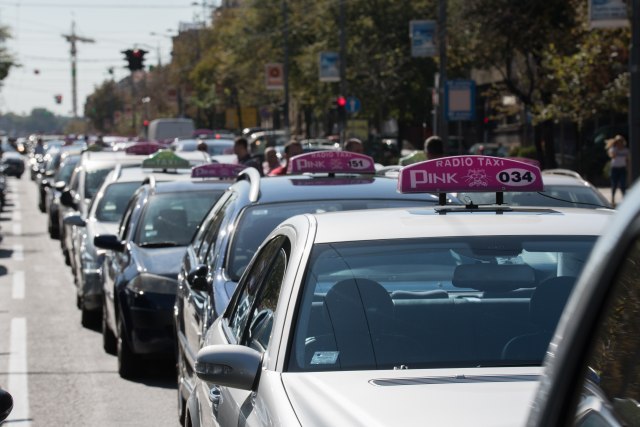 The President of the Contractual Chamber of Commerce of Vojvodina, Radenko Vidakovic, told 021.rs that they had asked the police to allow them to make a ride through Novi Sad without stopping, in order to make as little traffic problems as possible.

It is planned for everyone to gather at 12:30 on the terminus on Miseluk and from 13:00 to start the following route: Bridge of Liberty, Liberation Boulevard, Jasa Tomic Blvd, Kisacka, Jovan Subotic, Safarikova, Uspenska, Mihail Pupin Blvd, Zarko Zrenjanin, Strazilovske, Emperor Lazar Blvd, Fruskogorska, the last stop being the Strand.

How long the ride will take will depend on the speed of passing through the city streets, but there should be no stopping and the maximum planned protest time is until 3 pm.

Vidakovic for 021.rs states that taxi drivers seek compliance with the law, that is, they expect inspections, police and other state services to perform their job and prevent illegal transportation such as line taxi drivers, transportation agencies, Car:Go, which already exists in Belgrade and it is only a matter of time when some similar applications will appear in Novi Sad and in other areas.

According to him, legal taxi drivers not only pay all taxes, but also have fulfilled numerous legal requirements to get working licence, while illegal competition has done none of that.

The president of the Contractual Chamber of Commerce of Vojvodina adds that taxi drivers do not mind that someone is working in this field, but that the laws must be obeyed and that everyone must work under the same conditions for the competition to be regular.