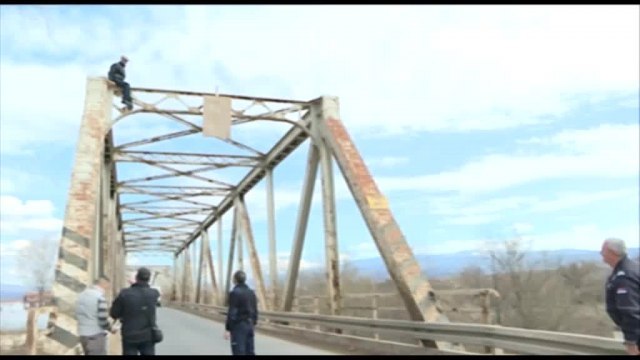 Ilic came across the situation on the road between Leskovac and Vlasotince, where a local, dissatisfied with a court case where he sought to be given his land back, decided to commit suicide by jumping off the bridge, to which he previously pinned an explanation of his move.

The Prva TV crew stopped ahead of the bridge, while the reporter managed to persuade the villager not to jump, promising he would do a story about his case.

Watch the drama, which, fortunately, ended in the best possible way with the assistance of police officers, unfold: