Preliminary results of a scientific medical study show an increase in the incidence of malignant diseases, especially leukemia in children 5 to 9 years old. 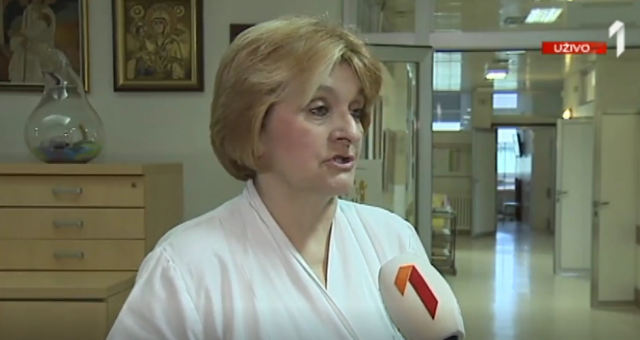 The number of children suffering from malignant diseases of blood and brain has significantly increased and since 1999 (the year of NATO's 78-day aerial war against Serbia) and has been rising each year.

Danica Grujicic, head of the Neuroscience Unit of the Clinical Center of Serbia, who is also a member of a commission set up to investigate the consequences of the NATO bombing, says that clinicians have recognized that these illnesses are more common, affect an increasingly younger population, and are more aggressive.

This was particularly pronounced between 2007 and 2012, especially when brain tumors were concerned.

"We know that massive pollution occurred in April 1999. Even the leader of UNEP, who was here at the time, said that it was an environmental disaster, of regional dimensions. That what they were doing was genocidal can be seen in the very fact they were shooting at all those targets that were on the hazard map. Facilities are placed on that map, which, if destroyed by some kind of explosion, lead to an ecological disaster. They did it deliberately. The intention was genocidal, they turned us into a testing ground," Grujicic said.

She added that what has to be done is to carry out a detailed and mathematically precise examination.

"How many toxic substances were there in which facility, the question is will we ever get learn how much they depleted uranium they used. With the passage of time this is getting harder, but there are experts who can accurately differentiate historical pollution and new pollution, it can be accurately determined what belongs to the pollution from Chernobyl, and what to the NATO bombing. We have been told that a coordinating body has been formed, that four ministries signed on to cooperate, collect data, that the Army will play the most important role there. You need to get information from the chemical industry about how much material there was (in the destroyed facilities). And then to see where the pollution was the greatest," Grujicic stressed.

Referring to the case of nine out of ten soldiers who were cleaning the same place where a missile had struck later being affected by the same disease, she stressed that she "does not believe in coincidences."

"There is no family in Serbia any more that doesn't have a member ill with a malignant disease," Grujicic stressed.