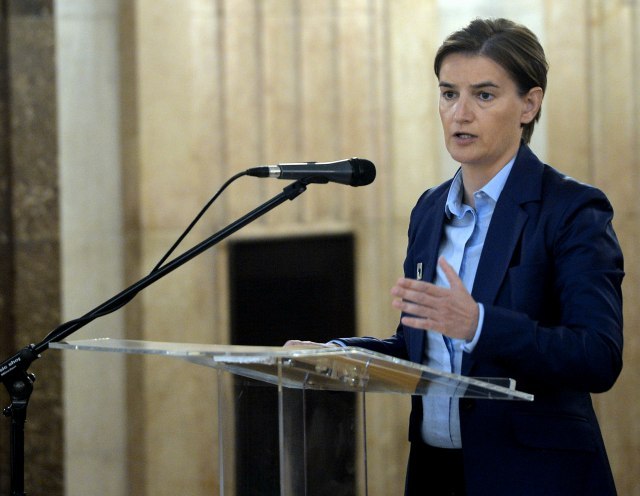 During the commemorative session in the Belgrade City Council on the occasion of the International Day of the Disappeared Brnabic said that it was time for the "new generations to grow up unburdened by hate, who wouldn't bear the guilt for the events that happened before they were born."

"We must not allow for history to repeat itself, we have to do everything in our power to solve that question, to establish a joint future," the prime minister said.

She pointed out that solving the issue of the disappeared was not only an obligation towards the victims and their families but "an obligation of the utmost importance for our people whether they were in Serbia, Croatia, B&H or in Kosovo and Metohija and a reminder that such crimes must not happen again."

"It's sad that long since the end of the conflicts on the territory of the former Yugoslavia the fates of those people were not only not investigated but sometimes we can't even talk freely about their stories. That's why it is crucial that we commemorate days such as this one," Brnabic said.

According to her, the state must provide support and help to the Commission on Missing Persons and similar institutions, increase employee capacity and improve working conditions and as much as it was able, establish a cooperation with other countries.