What are armed children doing on Mt. Zlatibor?/VIDEO

The first "youth-patriotic" children's camp, organized by "Serbian and Russian veterans and patriotic groups" has been opened on Mt. Zlatibor. 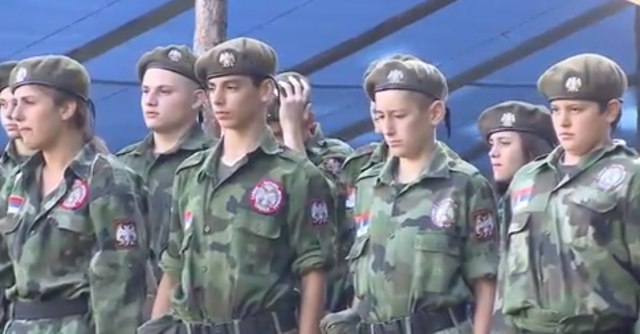 Footage of this appeared on RT's video service, with a description stating that 30 "kid" aged 14 to 23 are participating in the camp.

"Children are learning basic survival techniques in nature, including administering first aid, how to act in combat, shoot from rifles, defend with knives, and orient themselves," the video material's description said.

It is added that similar camps have previously been organized in Russia, while this is the first of its kind in Serbia.

The video also features a statement made on behalf of the organizer by Zeljko Vukelic, a representative of the Association of Participants of Armed Conflict in the Former Yugoslavia.

Earlier, Vukelic told the daily Blic that this was not a military but a "youth-patriotic" camp - but unlike him, Valeriy Shambarov, chairman of a committee that organizes youth camps, said at the time that the goal is to make young people "real people and warriors who can to defend their country."