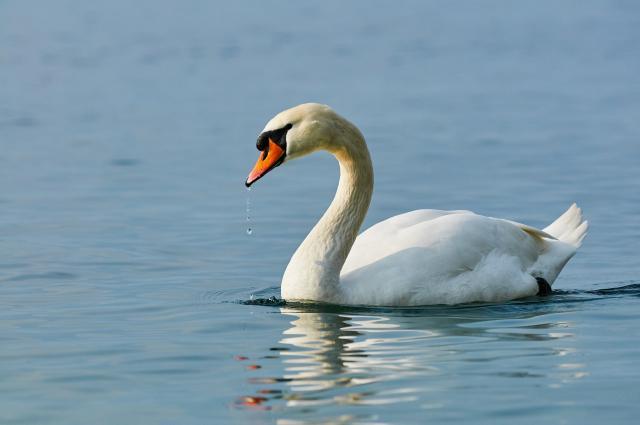 B92.net learned this on Monday from the Belgrade Zoo, where the bird is currently being cared for.

The story about a swan found near the Belgrade Fair "with its wings cut off" was top news here on Sunday - causing a storm of angry reactions.

The Interior Ministry then announced that they acted on a report received from a citizen, who found the swan, and that the seriously injured animal was taken by a team from Veterina Beograd - the capital's public veterinary service.

"The swan's wings have not been cut off, as the media reported, instead, one of his wings has been injured. The Zoo's vets took him over, they are better equipped to care for him," b92.net was told by Veterina Beograd.

At the Zoo, we have also been told that the swan's wings had not been cut off, but that his right wing was seriously injured.

"The injury is fairly extensive, the wound is not new, it must be several days old because gangrene had set it. The wound has been treated surgically and the swan is receiving therapy," the Belgrade Zoo said, adding that the animal will be in their care for the duration of its recovery.

However, the cause of the injury remains unknown. One eyewitness who saw the swan being taken out of the river on Sunday told Prva TV that a boat propeller might have been the culprit.

"The injury has been inflicted mechanically, we can't say with certainty in what way, but it's hardly by the propeller - because in that case the wing would likely have been amputated," the Belgrade Zoo stresses.

Several dozen swans have lived freely on Belgrade's big rivers for years now - a majority of them near the Zemun Quay, on the Danube.