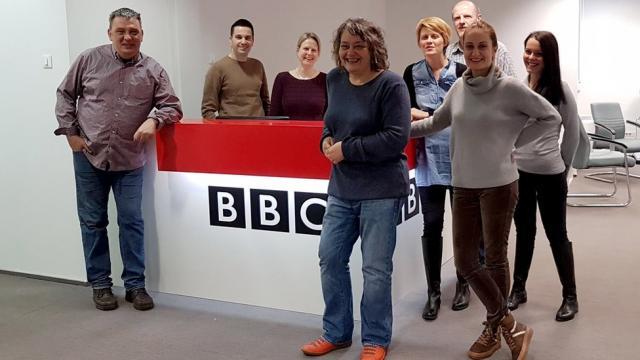 After seven years, BBC in Serbian has returned, this time in a digital edition on a special page on the BBC website, on Twitter @bbcnasrpskom, but also on our site - on this link.

BBC in Serbian is a part of the World Service, which offers content in 42 languages on the broadcaster's radio, television and digital platforms to an audience of 269 million on a weekly basis.

The editorial staff is led by editor Aleksandra Niksic, who said that the bar has been set high.

"Our content must be made up of original high-quality journalism, based on the editorial guidelines of the BBC. We need to be innovative, both with the ideas and the technology we use. We will have great assistance from our partners in Serbia and the region who will carry our content. Our task is at the same time a challenge and an inspiration: to create space on the media scene where free and impartial journalism will flourish. And we promise that we will do our work supremely well," she said.

According to Niksic, the goal is to offer the international audience stories from Serbia and the region, while the desire is, although conflicts and disagreements remain at the center of attention, to introduce new generations looking forward.

"In a politically and economically sensitive environment such as Serbia, but also the Balkans as a whole, false news and unverified information have entered into the media even before in other parts of the world. The threat to media freedom and the numerous political and economic pressures on journalists are only some of the reasons for this. A big but highly inspirational challenge awaits the BBC in Serbian: our goal is to help restore basic journalistic values to the center of attention. And this challenge can only be won if we are completely committed to the values that the BBC has always cultivated and to our audience," says the BBC editor.

Apart from B92.net, the BBC News in Serbian content is also available on other partner portals - Danas and Naslovi.net in Serbia, as well as Kameleon in BiH and Vijesti in Montenegro.