Serbian Orthodox Church to change name because of Kosovo? 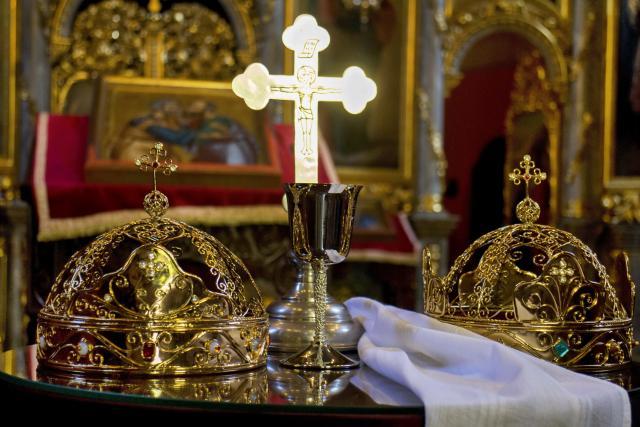 Belgrade daily Vecernje Novosti is reporting this on Tuesday.

According to the article, the procedure for the election of the patriarch will be simplified, and the head of the Church will be elected in a secret ballot, requiring a two-thirds majority of the votes of bishops.

These are the most important changed envisaged in the proposal of the new Constitution of the Serbian Orthodox Church, writes the newspaper.

An important novelty is that the elected candidate will be called the Archbishop of the Pec, the Metropolitan of Belgrade and Karlovci and the Patriarch of Serb and Littoral Lands, reports the daily, which had insight into the text.

Work on the proposal began in 2012, with the establishment of a commission to review the existing constitution, and was headed by the metropolitan of Montenegro and the Littoral Amfilohije.

The changes to the official name of the Serbian Church are explained by the desire to strengthen the connection with its historical center in the Patriarchate of Pec, but also with Kosovo and Metohija as the most important part of its jurisdiction.

The most important changes in the constitutional text concern the procedure of the election of the patriarch, that leaves behind previous practice of holding "an apostolic draw" - i.e., randomly choosing one of the three envelopes containing the names of the candidates.

The draft of the new constitution suggests that patriarchs will be elected in the Patriarchate of Pec, while other possibilities include the Church seats in Belgrade and in Sremski Karlovci.

Behind the proposal to change the name of the SPC is the intention to tie the Church to Kosovo, Sputnik writes.

Citing Orthodox publicist Vladimir Dimitrijevic, the Russian agency said the changes to the Church Constitution, as cited in the media, may or may not be correct - but that it is true that the process of amending the act has been ongoing for a while.

On the other hand, historian Aleksandar Rakovic thinks it is not a bad solution for the SPC to add the Patriarchy of Pec to its official name - in this way demonstrating its identity that is tied to Kosovo nd Metohija, therefore, that Kosovo is inseparable from the identity of the Serb Church.