National Museum in Belgrade to reopen on Vidovdan

President Aleksandar Vucic and Prime Minister Ana Brnabic have announced that the National Museum in Belgrade will reopen in six months. 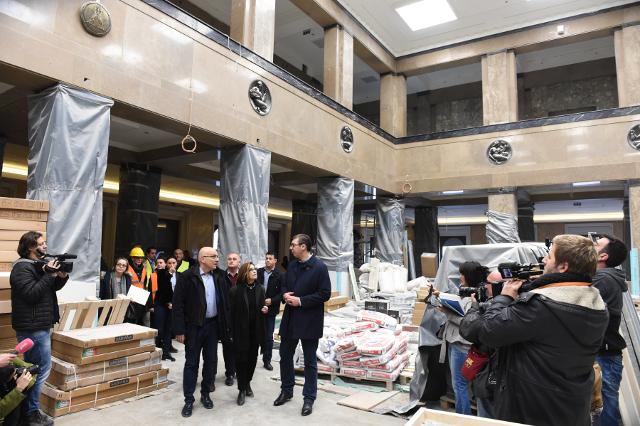 They late last week visited the building that is under reconstruction.

According to the Serbian government, Brnabic "pointed out that the reconstruction of the National Museum is one of the most important projects for the citizens and the future of Serbia."

"2018 marks 15 years since this museum was closed, it is a kind of cultural genocide that we imposed on ourselves, and it is important that after we opened the Museum of Contemporary Art last year, to finish the reconstruction and open the National Museum in Belgrade," she is quoted as saying.

Aleksandar Vucic said that the National Museum will open its doors on St. Vitus Day (Vidovdan, June 28) and that "citizens, as well as tourists from around the world, will have an opportunity to see a rich cultural offer of this institution which is crucial for Serbian culture and spirituality."

The president also observed that the museum is home to "3,000 paintings and 900 sculptures."

"I believe that this will be a great place for citizens and that we will be able to boast about something that we unreasonably managed to lose 15 years ago," Vucic said.