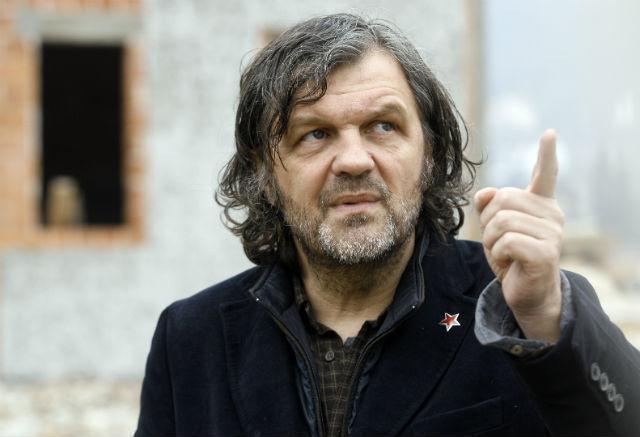 For the same reason, the renowned Serbian filmmaker is facing a five-year ban on entering the territory of that country.

This comes after Kusturica visited the town of Yalta in Crimea on Sunday, where he performed with his band, The No Smoking Orchestra, and told reporters, among other things, that the reunification of Crimea with Russia came not as a result of war but of a referendum, and represented a "natural, organic process," at the same time calling on residents to develop their peninsula as "part of the Great Russia" - instead of waiting for external approval for their decisions.

The Ukrainian embassy said that Kiev's position would not change in this concrete case - any person who violates the laws of that country, that is, the Law on Temporarily Occupied Territories, as well as any person committing a criminal offense - a call to separatism in Ukraine, will be sentenced and receive punishment according to valid legislation.

One of the sanctions is a ban on entering the territory of Ukraine for a period of five years, and representatives of Ukraine, who have not been named, told the Belgrade daily that the Ukrainian side would inform Serbia's public about "the measure of responsibility that Kusturica will be sentenced."

They also used the opportunity to directly address the film director and musician, and "express regret that one man, who aspires to be considered a member of the cultural elite of the Republic of Serbia and the Serbian people, has sunk so low as to support the aggressor."

The embassy also thinks that the situation becomes "even worse" once the question is asked, "what right does one person have to dictate to a foreign country where its borders should be."

"Is it not more logical for the cultural elite of a state to care about its people and its prosperity, instead of rejoicing that there's a war in its friend, Ukraine?," asked the embassy.

They also emphasize dthat Ukraine "remains a friend of Serbia despite the controversial statements by Kusturica".

"We remain firmly on our position of supporting the Serbian people when it comes to not recognizing the self-proclaimed independence of Kosovo and Metohija," the embassy told the newspaper.