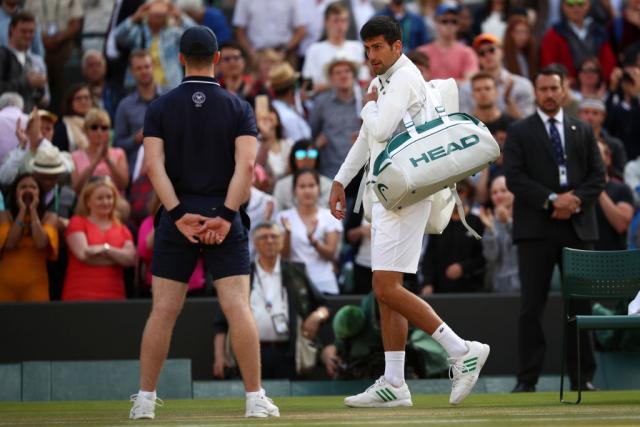 This is according to Zdenko Milinkovic, a physician with the Serbia national team, who spoke for Belgrade's Sportski Zurnal sports daily.

Milinkovic, an orthopedic surgeon, examined Djokovic and said the player is set to be sidelined for six to twelve weeks, Tanjug reported, citing the article.

Djokovic has the same huge chance of missing Serbia's Davis Cup clash with France in September, and most likely the rest of the season.

Djokovic has arrived in Belgrade, where he is expected to hold a news conference this week and announce his plans for this year.