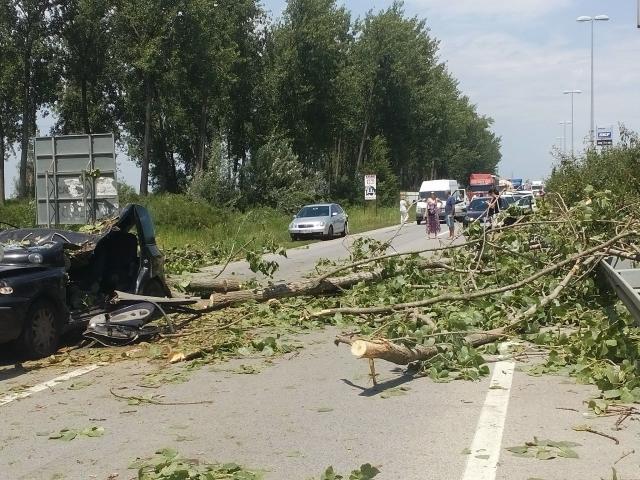 According to forecasts, the storm is expected to reach Belgrade around 14:00 hours CET.

The accident in Novi Sad took place on the Zrenjanin road. Several other persons have been injured.

Photographs from the scene have been posted on social networks.

Meteorologist Nedeljko Todorovic said this was a summer storm that lasts a short period of time.

"The storm was already in Sombor and Palic (in northern Serbia), while Backa, Srem, and northern Banat are threatened by it. It's possible it could reach Belgrade in two to three hours, but it will be of considerably lower intensity," Todorovic told Blic.