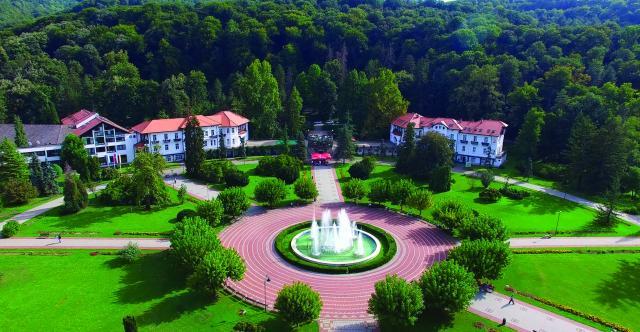 The first written mention from 1533 indicates that people went there in great numbers to benefit from its springs.

This year the spa itself celebrates 160 years since the founding.

"I am convinced that already this year, some of the necessary funds will be found for the development of Banja Koviljaca. There are many reasons for this, and above all for the sake of preserving tradition," says Primarius Doctor Aleksandar Jokic, a specialist in physical medicine and rehabilitation, who has been the acting director of the rehabilitation hospital Banja Koviljaca since 2015.

"Namely, next year will be 160 years since there have been records about organized treatments in Smrdan Banja (the old name for Koviljaca, due to the specific smell of sulfur). When we say treatment, we mean balneology, because at that time, in addition to bathing in sulfur water and the use of mud packs, there was no other form of physical therapy. For that reason, it will be a great day for Serbian balneology," Jokic said.

"My idea is to celebrate it in the famous Kur Salon. Although it is still only my wish, the arrival to this celebration and the marking of the most important anniversary of balneo-climatology in this region has already been confirmed by the current and former presidents of the International Association of Balneo-Climatologists Prof. Dr. Pedro Cantista and Prof. Dr. Zeki Karagulle. I have significant support from the Management Board of the hospital and the Ministry, and I hope that we will succeed in doing so."

The slogan of the employees at the Special Rehabilitation Hospital Banja Koviljaca reads: "The power of the waterfall is in the multitude of droplets that work together."

The first building for accommodation of guests, with ten rooms, was built in 1858. It was placed under the protection of the state in 1867, during the reign of Mihailo Obrenovic, and in 1898, it was handed over to "the people of the Podrinje District for exploitation" and from that time begins the rise and development of the spa.

"The Podrinje beauty" became not only a modern health resort, but also a fashionable meeting place visited by Serbian greats. Banja Koviljaca became a spa treatment resort during the time of King Petar I Karadjordjevic, who in 1908, along with his residence, built a modern, sulfur bathroom.

Those enjoying the beauties of the spa have included Dositej Obradovic and Vuk Karadzic, Djordje "Karadjordje" Petrovic, who received treatment for his wounds here, as well as King Aleksandar Karadjordjevic, who attended luxurious balls organized in the spa.

Today, the Special Rehabilitation Hospital is located in the very heart of the town it is named after, representing one of the most modern rehabilitation centers of its kind in Europe. This elite health care institution for prevention, treatment and rehabilitation has managed to, through many decades of experience, combine the benefits of a traditional - natural healthcare facility with all that modern physical medicine and rehabilitation has to offer.

The Children's Department was founded in 1989 and was the first of its kind in the country. It is located in a special building where children and their parents are accommodated in about 100 beds.

The modern and well equipped wellness center Kovilje has existed since 2007 and is a sub-brand of the Special Hospital. The wellness center is located in the magnificent building of the Kralj Petar's Bathroom taking up over 1,500 square meters, and is equipped with two swimming pools - outdoor and indoor, two saunas, a fitness center, a pool bar and other accompanying amenities.

The bathroom where it is located has a long tradition and rightfully carries the "royal" title, because it has in the past accommodated many greats and the monarch himself, for whom a special bath was built, while the pools were intended for other spa guests.