Nearly 88 percent of University of Belgrade students believe Serbia should not join NATO, a new survey has shown. 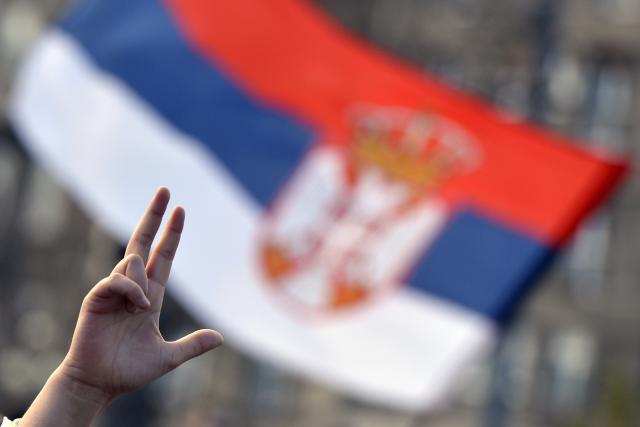 At the same time, 39.7 percent said they would not vote for Serbia's membership in the EU, while 50 percent believe the country will never join the organization, according to the poll examining the views of students on the country's foreign policy, conducted by the Center for International Public Policy think tank.

1,323 students from 38 faculties of the University took part in the survey, that also showed 28.9 percent would vote in favor of EU membership, a little over eight percent would not turn out for such a vote, while 22.4 percent had no stance on the issue.

Half of respondents do not think Serbia will join the EU, 24 percent think this will happen, while 26 percent have no formed opinion on this.

A little under 50 percent of those who took part in the survey think the main obstacle to Serbia becoming an EU member is the question of the status of Kosovo and Metohija.

When it comes to bilateral relations with Serbia's neighbors, students think these are worst with Albania, Croatia, and Montenegro, and best with Romania, Hungary, and Bulgaria.

47 percent of respondents said they were not satisfied with Serbia's relations with the Serbian diaspora, 38 percent had no position on this, while only 15 percent said they were satisfied.

As for their country joining other international organizations, 61 percent had no stance on membership in the Collective Security Treaty Organization (CSTO) - something interpreted by this topic not being present in the media.

51 percent had no stance on whether Serbia's international standing had improved when it recently chaired the OSCE.

A little over 60 percent of respondents are not acquainted with Serbia's activities in the UN. 48 percent think the country should join the World Trade Organization, against 14.1 percent who are against, and 37 percent who hold no position on the issue.

Nine out of ten students are not acquainted with the work of the Serbian American Caucus in the US Congress.