Bernard Henri Levy gets cake in face at Belgrade event/VIDEO

French philosopher Bernard-Henri Levy was hit in the face with a cake late on Wednesday, during the screening of his film Peshmerga at the BELDOCS festival. 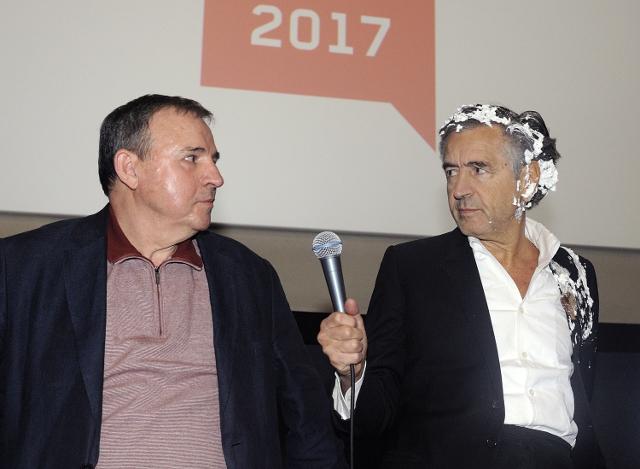 The incident happened moments after he started addressing the audience in Belgrade's Cultural Center.

A young woman from the audience first ran past Levy and threw the cake at him.

He continued to speak, but then a young man - from the left-wing Novi SKOJ organization - climbed onto the stage and unfurled a banner reading, in English, "Bernard Levy advocates imperialist murders."

He then said in Serbian: "He (Levy) supported (military) intervention in Yugoslavia even before Yugoslavia fell apart," and, "He said Yugoslavia should be bombed eight years before NATO bombed it."

Another protester in the audience shouted throughout the incident,"Get out of Belgrade, you murderer!"

A scuffle broke out at one point between Levy and a protester in the audience, before security escorted the young man with the banner out of the hall.