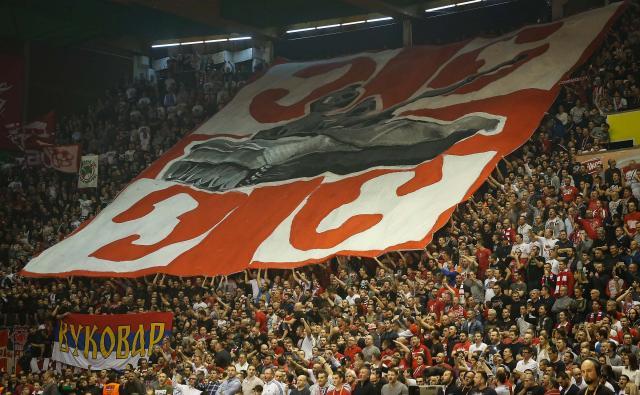 The cause of their discontent is a huge banner seen during the recent Red Star vs. Panathinaikos (72-66) game, when the home side's fans, known as delije, displayed an image of the Serbian cross with a tank superimposed onto it.

A Serbian tricolor flag was displayed separately under this, with the word "Vukovar" in Cyrillic written on it.

A commentator for Croatia's Sportske Novosti said the latter was "disgraceful" - but that the fans "went a step further this time" when they showed "the famous tank from Vukovar."

This "provocation" is not the first of its kind, the website said, adding that "it remains to be seen for how long Euroleague will be turning a blind eye to such scenes and provocations."

This is not the first time that the tank banner has been displayed during Red Star games - but the neighbors seem to have only just noticed it now.