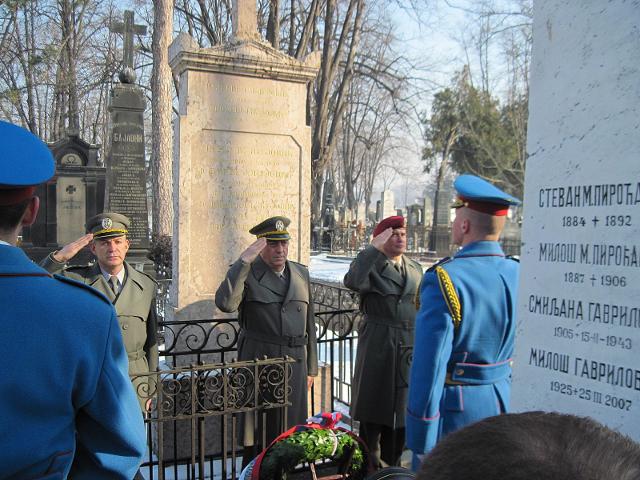 On the occasion of the anniversary of their deaths, delegations today laid wreaths at the graves of Voivode (vojvoda) Zivojin Misic, Voivode Petar Bojovic, and Army General Pavle Jurisic Sturm.

The government was represented by the assistant minister of labor, social and veteran affairs Milan Popovic, the Serbian Army by the head of its General Staff, Gen. Ljubisa Dikovic, and the city by Deputy Mayor Andreja Mladenovic.

Wreaths have also been placed by several patriotic associations set up to preserve the traditions of Serbia's liberation wars.