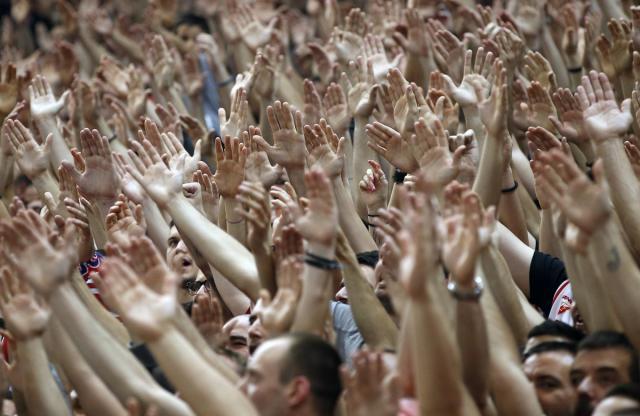 One of the banners shown during Partizan's game with AEK Athens read, "For honor, offspring, and their country, the Serb children will stand in formation."

Another - a large banner covering the entire southern part of the stands of the arena - read "Kosovo is Serbia."

The latter message has been displayed by fans on occasion for years, said Beta.